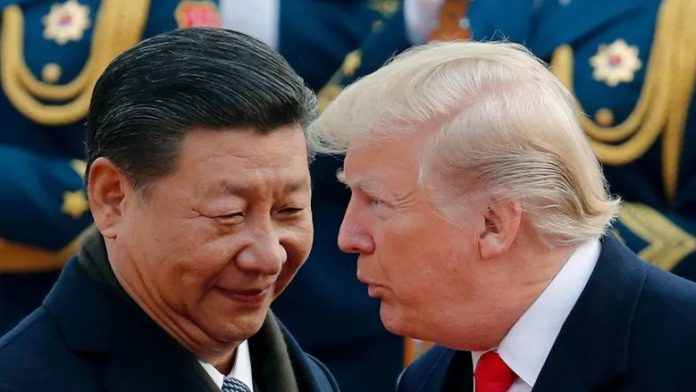 China imposed retaliatory tariffs on $60 billion worth of U.S. goods, sending U.S. stock futures tumbling Monday morning and increasing fears that the ongoing trade war instigated by President Donald Trump may wind up causing a global recession in the near future.

Reuters reports that after a week of deep losses on Wall Street, the move by China appears to have spooked investors before the market even opens:

Futures were weaker earlier after U.S. officials demanded promises of concrete changes to Chinese law and Beijing said it would not swallow any “bitter fruit” that harmed its interests.

“Overall, in the short term the chances of recession have increased, so equity markets will be priced on the back of that.

UBS economist Tao Wang warned that a full-blown trade war is now on the horizon:

“The risk of a full-blown trade war has materially increased, even though both sides seem to still want a trade deal and talks are expected to continue.”

“A trade war, with across-the-board tariffs on US-China trade, would push the global economy towards recession,” wrote Bank of America Merrill Lynch economists in a note to clients Friday.

The Tax Foundation, which typically leans to the right, said Friday that the tariffs already in place amount to $72 billion worth of new taxes on Americans. If Trump puts even more tariffs, as he has threatened, growth would fall by 0.75 percent, “effectively offsetting almost one-half of the long-run impact of the Tax Cuts and Jobs Act,” and employment would fall by more than 580,000 jobs, the Tax Foundation forecasts.

A recession could prove disastrous for Trump’s chances of re-election as his approval rating is already at a historic low for an incumbent president.