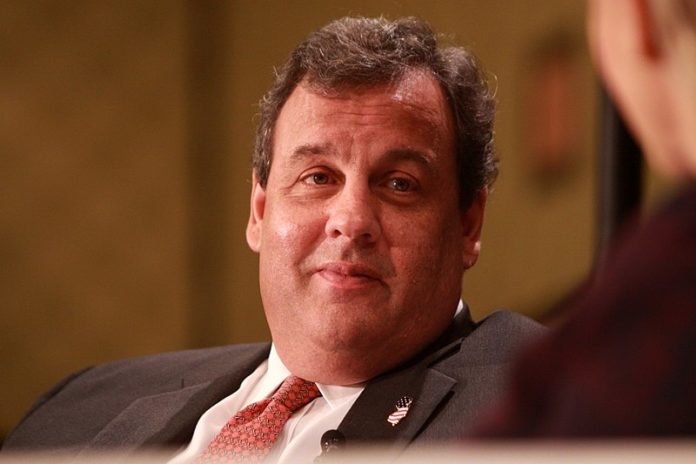 Former New Jersey Governor Chris Christie had advice for President Donald Trump as he continues demanding Congress give him money for a wall on the southern border, and he’s not going to like it.

Trump fancies himself a “deal maker,” but has repeatedly demonstrated that he’s nothing of the sort.

Rather than accept a bill passed overwhelmingly by the Senate in December that would have funded the government through the beginning of February, Trump rejected it and demanded $5.7 billion for his vanity project on the southern border and shut the government down when he didn’t get his way.

For 35 days, the government remained closed, resulting in 800,000 federal workers being furloughed and unpaid. In the end, crushing pressure from Americans who mostly blamed Trump and Republicans forced him to end the shutdown and surrender to House Speaker Nancy Pelosi (D-Calif.), whom he had already caved to over the State of the Union address earlier in the same week.

Trump thought he could bully Democrats into bending the knee and suffered a massive humiliation because of his ego.

And now he is set to make the same mistakes as he continues to demand his way from Congress and has threatened another shutdown if he doesn’t get it.

Christie, who ran for president but lost to Trump in the Republican primary in 2016, urged Trump to drop his “manhood” and actually negotiate with Democrats instead of continuing to make demands and threats during an interview with Salon this week.

“Elections have consequences,” Christie pointed out to start, noting that Americans overwhelmingly voted in November to put Democrats in charge of the House of Representatives, which has the power of the purse.

“This past fall, when the American people established the Democratic majority in the House, they were sending a message,” Christie said. “That message was that they wanted the two parties to work together and to make sure that they listened to each other, and consider each other’s ideas and proposals. As you noted, I worked for eight years, every day for eight years, with a Democratic legislature. And not a slim majority, a substantial majority in both Houses.”

Christie’s opinion is noted, but the American people gave Democrats control of the House to act as a check on Trump, not to give him whatever he wants. The fact is that Democrats have been trying to compromise with Trump on immigration and border issues. It’s just that Trump refuses to do the same. He wants to be the only one who wins in any negotiation, which makes compromise impossible.

For instance, Democrats offered Trump $25 billion for his wall over the summer in exchange for permanent protection for DACA recipients. Even Republicans in Congress approved of the deal, but Trump rejected it at the last moment despite signaling that he would sign it.

Democrats have also offered increased border security funds for more personnel and technology, both of which Border Patrol actually needs. And it’s far more effective than a useless wall. Basically, the technology and manpower would create a “smart” wall without a physical barrier that would be a logistical, costly and environmental nightmare to construct.

Trump could take this deal right now and the border would be secured and the government would remain open. But he won’t because he thinks negotiations are a test of manhood, a line of thinking Christie advised Trump to abandon before he sabotages his re-election chances in 2020 more than he already has.

Again, Democrats have made a generous offer to Trump that would effectively secure the border without wasting money on a wall. But Trump has, thus far, refused to budge from his demand. Trump has already been manhandled by Pelosi multiple times, and all because Trump refuses to offer a real compromise instead of the temporary fake one he offered before caving after 35 days.

Clearly, Trump is seeking revenge to even the score. The only problem is that the American people already blame him for the shutdown, and they will blame him again. If Trump refuses to take the good deal that is on the table this time, Republicans may be forced to intervene and make the deal veto-proof to save their own political futures, thus neutering Trump for the good of the country.