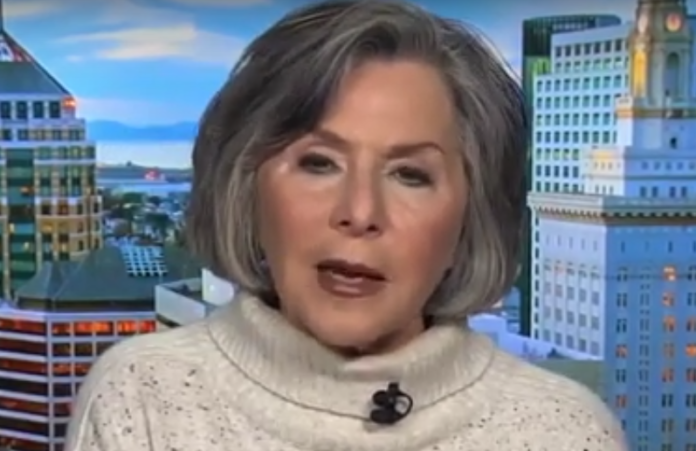 Rep. Devin Nunes (R-Calif.) got his a** handed to him on Tuesday evening by MSNBC host Chris Matthews and his guest former Senator Barbara Boxer (D-Calif.) for suing Twitter like a snowflake.

Nunes filed the lawsuit this week accusing Twitter of political bias against conservatives and complaining about Twitter users mocking him.

Not even Fox News legal analyst Andrew Napolitano thinks it will go very far in court because Nunes is a public figure who has a platform with which he can fight back, and Twitter is not regulated by the First Amendment.

Matthews began discussing the lawsuit by pointing out that Nunes is one of President Donald Trump’s cronies in Congress.

“Congressman Devin Nunes — as we know, a close Trump ally, very close — is suing Twitter and three of its users for $250 million dollars, a quarter of a trillion dollars, accusing them of defamation and negligence,” Matthews began. “He also accuses Twitter of being biased against conservatives.”

Matthews pointed out that Nunes’ lawsuit is ironic because he sponsored a bill in 2017 against frivolous lawsuits.

And then he introduced Boxer and proceeded to ask for her take while trashing Nunes in the process.

“What do you make of this guy?” Matthews asked. “I think Harry Truman said, ‘if you don’t like the heat, stay out of the kitchen.’ This is a guy who’s been playing ball with Trump in the back room for at least two years and now he’s getting hurt feelings. Your thoughts?

“I’m so sorry, Devin, you picked the wrong career,” Boxer brutally responded. “The fact of the matter is when you go into politics, you certainly have some protections, but believe me, the courts have ruled because you have a bully pulpit and a platform, you’ve got to take it on the chin. He needs to grow up and do something else because this is absurd.”

Boxer observed that the mockery Nunes has received pales in comparison to the attacks on his 2018 opponent Andrew Janz, and that Nunes nearly lost his race against him, only getting 52 percent of the vote.

In fact, Boxer herself has been the target of vicious attacks from conservatives over the years and she never sued any of them for defamation nor did she complain that Twitter users were being mean to her.

Political columnist Dana Milbank chimed in by pointing out that the accounts named by Nunes in the lawsuit now have tens of thousands more followers, meaning the lawsuit backfired in Nunes’ face and he’s a “laughingstock.”

Boxer then took a shot at Trump’s inability to take criticism or a joke.

“You got to stand up and take it on the chin when you’re an elected official. Donald Trump doesn’t know how to do it. He can give them, but he doesn’t want to get them. And this is why the whole thing is outrageous and Devin Nunes needs to choose a different career,” she said.

Matthews then concluded by delivering the knock-out blow.

“I think he needs his diapers changed,” he quipped.

Nunes made himself a target from the moment he began sucking up to Trump like the little stooge he is, and it’s not going to stop just because he files a lawsuit. It will only get worse. Either Nunes is just a glutton for punishment or he’s a complete moron. The smart money is on the latter.