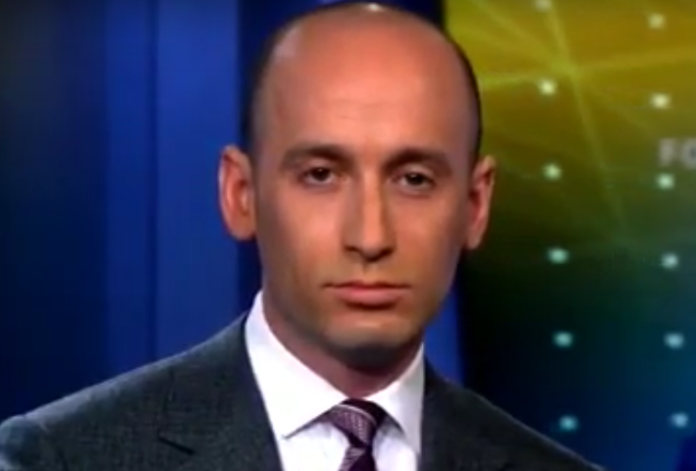 On Friday, Trump issued the declaration and rejected his own administration’s immigration statistics that undermine his motives for the national emergency. Trump even admitted during the announcement that he “didn’t need to do this,” a remark that Wallace immediately pointed out.

Miller, of course, spun it to mean that Trump could have ignored the border.

But Wallace wasn’t buying it, going on to point out that Trump’s claim that there’s an invasion is not true because illegal immigration is at a record low with only less than 400,000 being stopped at the border in 2018 compared to 1.6 million in 2000.

Wallace also cited statistics showing that most drugs enter the country through legal ports of entry, which is why the White House’s own National Drug Control report does not call for a wall to stop drugs. He also noted that double the number of immigrants overstay their visas than are stopped at the border.

Miller responded by attacking former President George W. Bush and accused him of not defending the border even though hundreds of miles of border barriers were built under his administration. It also just happens to be a fact that illegal immigration also began dropping during his tenure and continued under former President Barack Obama.

But Miller continued whining about Obama and Bush anyway, and even blamed them for increasing drug deaths.

“You cannot conceive of a nation without a strong, secure border,” Miller continued. “It is essential to sovereignty and national survival to have control over who does and who doesn’t enter the country. There’s been a huge increase in drug deaths since George W. Bush and Barack Obama were president.”

Once again, Wallace called him out with the facts.

“But 80 to 90 percent of those drugs don’t come across in unfenced areas,” Wallace said. “They come across from ports of entry. Those are your own Customs and Border Patrol numbers.”

“Which is why we also asked for additional resources at the ports of entry,” Miller replied.

Wallace responded by informing Miller that Congress gave Trump billions of extra dollars for border security measures such as more technology and personnel.

Miller insisted that declaring a national emergency is about defending the country, a statement Wallace doubted to be the case.

Trump’s reasons for declaring a national emergency and building a wall are indefensible in the face of the facts, which are irrefutable. Only by ignoring and denying the facts can Trump justify his actions and that’s not how presidents should operate. This national emergency is unconstitutional and has everything to do with pandering to Trump’s racist supporters and nothing to do with protecting the country.