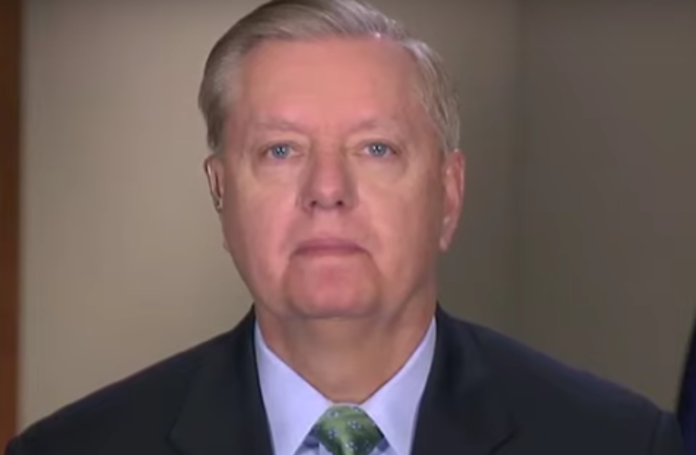 House Democrats are exercising Congress’ oversight authority, which Trump and his administration have been flouting to the point that some Democrats are demanding impeachment hearings.

Even Rep. Justin Amash (R-Mich.) is calling for impeachment after the Mueller report listed ten instances of obstruction of justice Trump committed in an effort to undermine the Russia investigation.

On Sunday, Graham argued that House Speaker Nancy Pelosi (D-Calif.) can’t impeach Trump because there is no reason to do so.

Wallace pointed out that Graham had a much different view when he was leading the charge for impeachment against former President Bill Clinton, a Democrat, back in 1998-1999. Wallace even had a video clip at the ready showing Graham demanding the president provide Congress with documents they subpoenaed to provide oversight.

“It is your job to supply us with the things we need to provide oversight over you,” Graham declared from the House floor.

“Why is it an impeachable offense for Clinton or Nixon back then to ignore congressional subpoenas, but it’s okay for President Trump to do now?” Wallace asked.

Graham argued that the Mueller report should be the “final word” even though it clearly shows that Trump obstructed justice, an impeachable offense. And he didn’t even bother trying to defend Congress’ power to provide oversight.

“Mueller is the final word on this for me,” Graham said. “If Clinton had stiffed Ken Starr, that’s different. What Nadler is doing is trying to destroy the president and his family.”

That’s not true. In fact, Trump did stiff Mueller by not answering written questions truthfully and he even repeatedly tried to have Mueller fired. Furthermore, Trump may not have given Mueller all of the documents he requested.

“If I were the president, I’d fight back against this political revenge coming out of the House,” Graham concluded. “Mueller was the man of the law. Mueller was an independent voice that we all trusted to be fair. I don’t trust House Democrats to be fair. They’re trying to re-do the Mueller report.”

And that man of the law and independent voice listed ten instances of obstruction and was not allowed to indict or charge Trump because Attorney General Bill Barr wouldn’t let him do so. Mueller left the decision to Congress on what to do next and obstruction is an impeachable offense as Graham made clear when he joined Republicans to impeach Clinton.

Seriously, the late-Senator John McCain would not recognize his friend if he were alive today.