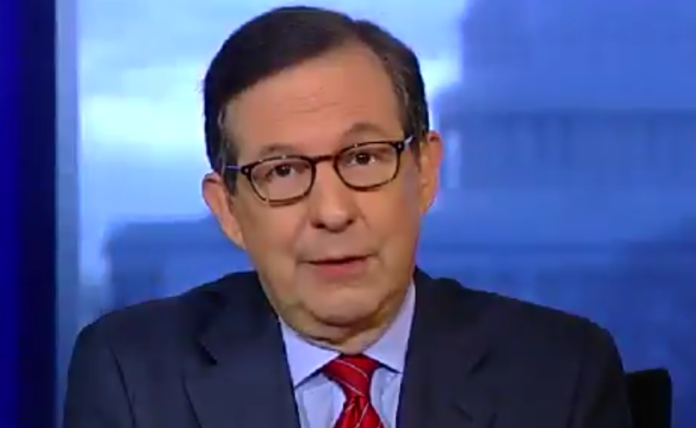 Trump’s declaration has sparked a constitutional crisis as he violates Congress’ power of the purse in an effort to get his way on his vanity wall. House Speaker Nancy Pelosi (D-Calif.) has already condemned it while Senate Majority Leader Mitch McConnell (R-Ky.) supports it.

However, many Senate Republicans have expressed concern or outrage about it, which makes Wallace think that Congress will pass a resolution of disapproval.

“There’s going to be a fight in Congress because under the National Emergencies act of 1976, Congress has 15 days to pass a resolution of disapproval,” he said. “That will almost certainly happen.”

Wallace then explained that a simple majority is needed in the House and Senate to pass the resolution, but added that Trump could veto it, which would put Senate Republicans in a really bad position as Trump runs roughshod over their authority to build a wall Americans don’t want.

The Fox News anchor also pointed out that Trump will likely be challenged in court, and the courts have a history of ruling against non-existent national emergencies.

But then Wallace explained why the national emergency is fake by citing immigration statistics.

“If you look at the statistics, four times as many people were coming over the border in the year 2000,” he said. “1.6 million people were apprehended coming across the border in 2000. Last year it was less than 400,000. So the argument could be yes, there certainly is a problem and yes people are coming over the border but it is only a fraction, about 25% of how many people were coming over in the year 2000. So what national emergency? Of course, the president will say it’s a different group. A lot more families, they are coming from Central America. And under the rules, a law passed in 2007 or 2008 I believe they aren’t allowed if they’re from Central America as opposed to Mexico to return them right away. The president will make the case it’s a national emergency but you can be sure there will be plenty of people on the other side who will say it isn’t.”

A majority of Americans have said they oppose Trump’s wall. Furthermore, experts agree that Trump’s wall will not stop drugs or crime as he has repeatedly claimed.

Added to the fact that illegal immigration is at a record low and even border communities oppose the wall, and you have a recipe for mass opposition that could translate into electoral disaster for Republicans in 2020.