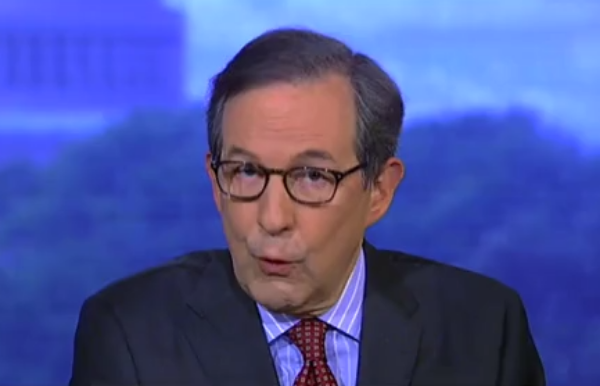 Fox News Sunday anchor Chris Wallace wiped the floor with President Donald Trump on Friday after Trump pathetically attempted to clean up his foreign interference solicitation mess earlier in the day on the network.

During an interview on Fox & Friends, his favorite morning propaganda show, Trump made a desperate effort to walk back his remarks from Wednesday when he said he would listen to foreign governments who offer him dirt on his political opponents and that he probably would not call the FBI even though foreign meddling in an election is a felony, as Federal Elections Commission chair Ellen Weintraub warned in a letter responding to his remarks.

But it was not a real reversal. Instead, Trump merely claimed he would only report such contact to the FBI if he thought the information offered is “incorrect or badly stated.”

Of course, Trump has lied over 10,000 times since taking office and does not care about peddling false claims as long as they benefit him and damage his opponents. And that’s why Wallace doubted Trump’s statement.

“Well, you know, my reaction to that like what you hear at a big grocery store: Cleanup on aisle 4,” Wallace told Fox host Sandra Smith on Friday morning. “The president’s comments before, which indicated that he would absolutely take information that came from foreign countries and maybe he would report it to authorities, was roundly criticized by both Republicans and Democrats on Capitol Hill and the president there indicating ‘well, I would report it if anything was wrong.’”

“It doesn’t quite clean it up, however,” Wallace continued. “The suggestion that a lot of people are upset about is the idea that the president is not saying ‘no, I won’t take any information from foreign countries’ and that he would listen to it. I think most people think if you get an indication, let’s say from the Kremlin, ‘gee, we have some information on your opponent, would you like to hear it,’ then instead — before you hear it — preemptively you say I’ll report it to the FBI because you don’t want any hint of foreign interference.”

“The president’s trying to soften that a little bit today,” he concluded. “I’m not sure he cleaned it up on aisle 4 completely.”

WATCH: @SandraSmithFox got reaction from @FoxNewsSunday‘s Chris Wallace after the president comments on foreign information in an interview on @foxandfriends earlier this morning #nine2noon pic.twitter.com/nsEUSZHvpy

It’s obvious that Trump intends to seek foreign help to win in 2020 and that he will do so with impunity while Republicans stand by and do nothing. And now that he has an attorney general who will roll over for him, the question is whether the FBI and FEC will do so as well as foreign governments seek to put America in its grave by keeping Trump in power.