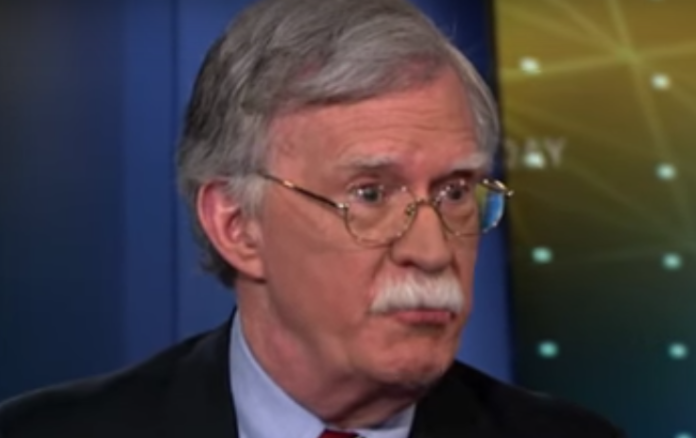 Despite claiming that he would achieve denuclearization of North Korea even before the summit began, Trump came home from Vietnam empty-handed as Kim Jong Un refused to give up his nuclear weapons unless the United States complies with his demands first, which mainly includes dropping economic sanctions, but also includes the withdrawal of American forces from Southeast Asia.

In fact, Trump did not even get to sign an agreement pretending that everything in going well as that part of the summit was canceled .

And so, the status quo remains. North Korea still has nuclear weapons that could reach the United States and Trump is still an embarrassment who continues to flatter and defend Kim Jong Un.

On Sunday, Wallace described the summit as a failure after introducing Bolton as his guest.

“Following the failed summit in Vietnam, where does diplomacy stand between the U.S. and North Korea,” Wallace asked.

“I don’t agree at all that it was a failed summit,” Bolton angrily responded. “I think the obligation of the president of the United States is to defend and advance American national security interest and I think he did that that by rejecting a bad deal and by trying again to persuade Kim Jong Un to tae the big deal that could really make a difference for North Korea.”

Wallace pointed out that it didn’t make sense to hold the summit because Kim Jong Un was already demanding a bad deal before it even happened, which means Trump gave Kim Jong Un a photo-op that he will use in his propaganda while the United States gets nothing.

Bolton conceded that North Korea has repeatedly broken promises to denuclearize but claimed that things would be different under a deal offered by Trump.

However, Bolton just admitted that North Korea could take the deal, get all the economic relief it needs and then turn around and rebuild their arsenal, assuming they don’t hide away much of their arsenal to pass inspections.

Bolton went on to insist that Trump has “turned traditional diplomacy on its head.”

“Traditional diplomacy has failed in the last three administrations,” he claimed.

“You would agree that it’s failed so far with you too?” Wallace asked.

“Would you agree that so far this move with Kim has failed?” Wallace said.

Bolton argued that Trump’s failure is no worse than that of other administrations and then praised “maximum pressure” policies.

“I don’t think we are in any worse shape than they were in past demonstrations,” he concluded. “I think in fact we are in a stronger position because the maximum pressure campaign, as it’s been called, affording tighter economic sanctions on North Korea and enforcing sanctions more effectively is what brought them to this point. The program of maximum pressure will continue and I think have a real impact on Kim Jong-un.”

Of course, former President Obama used a maximum pressure policy to force Iran to come to the table, resulting in the Iran nuclear deal, an agreement Trump withdrew from in order to place sanctions on Iran again, which is causing Iran to consider restarting their nuclear program.

But the bottom line is that Trump failed to get a deal with North Korea and Kim Jong Un has no intention of giving up his nukes without major concessions from the United States, just as Trump’s own intelligence officials have warned.

Clearly, Trump has been getting duped and he continues to demonstrate that he’s being duped every time he praises Kim Jong Un and claims denuclearization is going to happen.