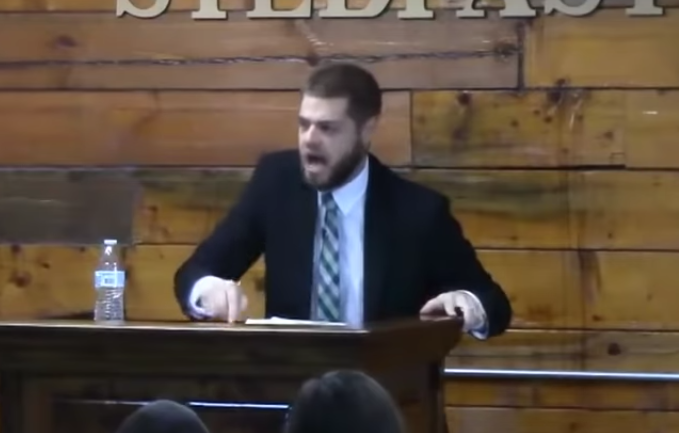 In the latest news demonstrating that fundamentalist evangelical “Christians” have no business having political power in this country, Pastor Jonathan Shelley of Stedfast Baptist Church in Fort Worth, Texas urged parents to stone rebellious teenagers to death during a sermon earlier this week.

In some seriously “Old Testament” thinking, Shelley argued that rebellious teens should be killed as an example to control other kids and force them to listen to their parents and do whatever they say even if it’s wrong.

“If you fear God you will fear your parents,” he said. Of course, that’s pretty extreme. It’s one thing to respect one’s parents is they deserve it, but fearing them sounds like child abuse.

But Shelly went even further, according to Patheos.

“They’re going to continue being more rebellious, more mocking, more arrogant, more prideful,” Shelley continued. “You see, it’s never enough. They just want to keep mocking their parents and disobeying their parents. You’ve got to squash out the rebellion in your child. It’s a disease. Teenagers today have this disease.”

You know how you could squash rebellion in a public school today? Take the rebellious one out and stone him. I bet they’d shapen up pretty quick. I bet they’d figure out, “Maybe I should hearken under the authorities in my life.” And we see, unfortunately, our society is continually destroying itself, because all of these rebellious, arrogant, prideful teenage jerks that just don’t want to hearken to their parents, you know, and God said they should be put to death.

The guy that’s the lazy gamer, “I don’t want to get a job. I just want to play video games all day and drink alcohol with my buddies,” that guy should be put to death.

Playing video games is not a sin, and most teens have jobs and go to school these days. Also, there’s that whole “Thou shalt not kill” commandment. I’m pretty sure stoning a kid to death is murder. It certainly is in this country. So, if some parents out there stone their kid to death after listening to Shelley, he should be charged and arrested as an accessory to the crime.

Furthermore, if Shelley had actually read the New Testament, Jesus tells a crowd “Let he who is without sin cast the first stone.”

In other words, everybody disobeys or rebels against their parents at some point. Nobody is perfect. Not one parishioner in that church hasn’t at one time or another disrespected their parents. It’s pastors like Shelley who give Christianity a black eye and demonstrate why the only wall this nation needs is a wall of separation between church and state. Because if Shelley had his way, the streets would run red with the blood of unruly children and teens who dare to play their X-Box, and it would be perfectly legal.