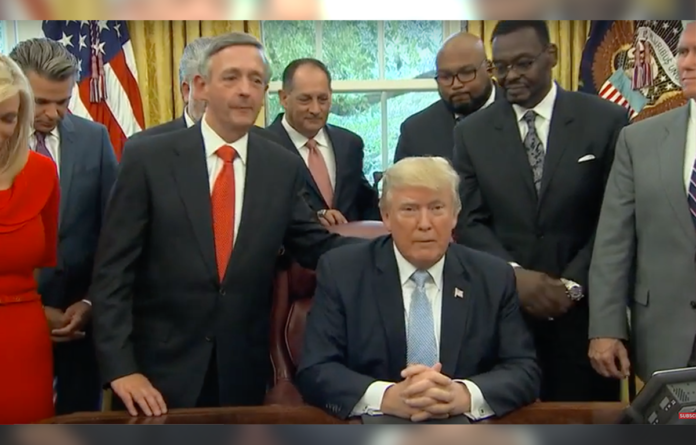 The news of nine states with Republican-controlled legislatures attempting to limit or prevent abortion altogether has been jaw-dropping. It’s as if the Trump administration has given the signal with the appointment of Brett Kavanaugh to the Supreme Court that it’s time to overturn Roe v. Wade.

However, a vast majority of women in American are alarmed by Republican attempts to limit their access to reproductive health care today.

According to USA Today:

“Women nationwide express more alarm than men: 62% of women call the debate bad for the USA, compared with 52% of men.”

It’s important to remember that the majority of Americans object to overturning Roe, and even among Republicans, a third say Roe should be upheld, according to the latest polls. The average American understands the subject is nuanced, so what is driving this sudden rush again Roe v. Wade?

One could conclude that Republicans want to deliver the coveted “prize” of overturning abortion laws to the evangelicals, who propelled Trump to the presidency. As Trump faces more probable impeachment, what better way to distract than serving the evangelicals their ultimate theocratic fantasy now that Brett Kavanaugh sits on the Supreme Court?

If you look back on history, what’s happening today has been the long-range goal of the poorly named “Pro-life” movement since 1973. That’s when Roe v. Wade became law and ever since, the conservative party teamed up with the pro-lifers to one day overturn it through the appointment of conservative Supreme Court Justices. What had once been largely a concern of the Catholic Church became one of the main drivers for evangelical Christians.

Before Roe, conservatives were prone to accept “therapeutic” abortion, and in fact, the Bible Belt was once “the forefront of abortion liberalization,” often with racist and anti-welfare undertones.

It’s odd to know that during the 60s, Alabama allowed abortions in cases of woman’s health, and “provided greater access to abortion than New York or New England.” Today, they have passed one of the most draconian abortion laws in history, and the southern Bible Belt is leading the charge to overturn Roe.

Christian evangelicals and conservatives have had Roe in their sights for decades. But there have been studies that those who identify as Christian are leading a double life on the issue of abortion. Behind the scenes, they find the church out of touch and unsuited to help them if they have an unwanted pregnancy.

A study by a Christian research group called LifeWay, co-sponsored by the pregnancy support organization Care Net, revealed that churchgoers believed the church was among the last places they would discuss abortion. The voices that predominately mattered were those of the father of the baby (38%) and their medical professional (26%). The voice of the church was a dismal one percent, barely a blip on the radar. You’ll notice that politicians had no impact on their difficult choice whatsoever.

Seven in 10, or 70 percent of women who had an abortion identified as Christians with 35 percent visiting the church once a week or more. Over half of those churchgoers (52%) have hidden their abortions from anyone connected to the church. Further, twice as many women said they would not advise someone they cared about to discuss an unplanned pregnancy with their church.

Keep in mind: This was research by a Christian group!

In fact, two-thirds of those surveyed said that church members judge single women who are pregnant, to begin with, and are “more likely to gossip about a woman considering abortion than help her to understand options.”

Rather than helping them with one of the hardest decisions in their lives, the church was seen as a source of shaming rather than one of support or solutions.

As Dead State noted, women of faith are often in a no-win situation no matter what they do.

“Regardless of the choices the women in these communities make, they face judgment on all sides, and have to choose between secrecy and being ostracized, in which no ‘right’ decision can be made. This could be a reason why over half of women who regularly attend church keep their past a secret.”

Of those that responded, 23 percent identified as evangelical. While the evangelicals are largely supporting the Republican push to overturn access to abortion today, behind the scenes, Christians are having more abortions than other Americans. They are also hiding it, especially from those in the church.

Even among those of conservative religious faith, they know deep down that abortion should be a choice made by the individual women, the father of the baby (except in cases such as rape), and their medical provider. Evangelicals and politicians like Trump, two peas in a pod, have no business asserting otherwise and they know it. 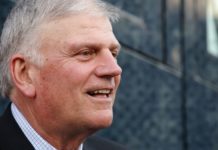 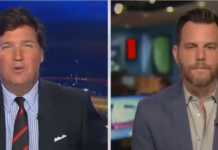 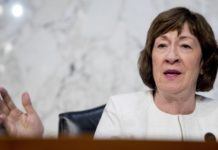 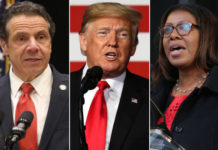