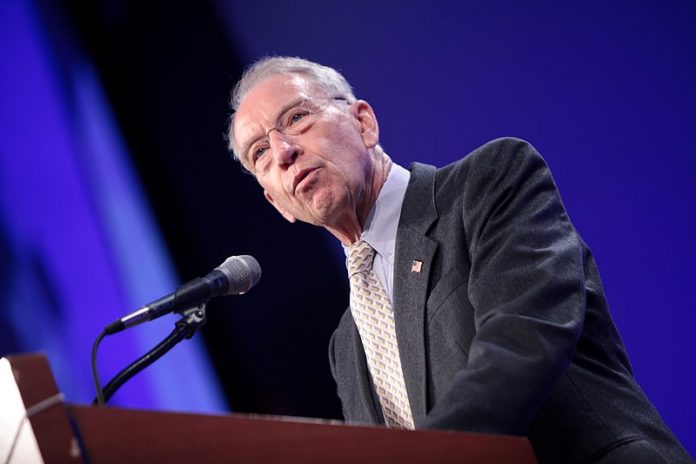 President Donald Trump’s refusal to release documents related to Russian interference during the 2016 Election has earned him the wrath of Senator Chuck Grassley (R-Iowa), who is now blocking one of Trump’s nominees until the administration releases the documents in question.

The administration has been refusing to hand over the documents to the Senate Judiciary Committee for months even though the House Intelligence Committee received the same documents in 2018 when Republicans held the majority.

Repeated requests by Grassley have been ignored, forcing Grassley to conclude that Trump has ordered Director of National Intelligence Dan Coats to block the release. So, he is retaliating by blocking William Evanina from being confirmed to his position at the National Counterintelligence and Security Center.

“The administration’s continued, ongoing, and blatant lack of cooperation has forced my hand,” Grassley wrote in a letter to the White House earlier this month in which he threatened to continue blocking the bipartisan-backed nomination until the documents are released.

Grassley told Politico that he believes Trump is refusing to release the documents because “there’s something embarrassing in it all they don’t want us to know about.”

“If I’m going to do congressional oversight I’ve got to use every tool I can, because the public’s business ought to be public,” he continued. “Ask Coats if he’s concerned about this guy moving on. If he is, then give me the information. If he’s not concerned about it, then we’ll continue the hold.”

Coats has denied the allegations by pointing out that the documents Grassley is seeking have been released to intelligence oversight committees. Grassley serves on the Senate Judiciary Committee and is not even the chairman of the committee.

Politico pointed out that “there’s growing concern over the message that a stalled confirmation will send to other potential intelligence nominees or career professionals in the national security apparatus. It could also signal to adversaries abroad that spy agencies aren’t fully equipped to counter foreign espionage operations.”

If only Grassley, as the Senate Finance Committee chairman, would fight as hard to obtain Trump’s tax returns as he is fighting for these documents.