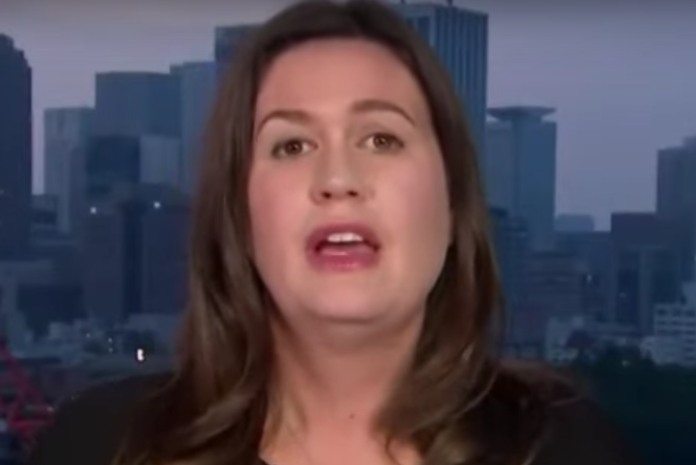 Just when you thought Trump could not sink any lower to attack his political opponents, he went and personally approved Kim Jong-Un’s shots at Biden, basically siding with him to trash his potential 2020 Democratic challenger.

This is not how presidents are supposed to behave and it’s certainly not appropriate for a president to endorse the words of a murderous dictator against an American citizen and a man who has spent his life in public service.

Sanders, of course, denied that Trump was “siding” with Kim, but then tried to have it both ways before trying to spin back to talking about denuclearization, which is not happening any time soon.

“The president’s not siding with that,” she responded. “I think they agree in their assessment of former Vice-President Joe Biden. The president’s focus in this process is the relationship he has and making sure we continue on the path towards denuclearization.”

A shocked Todd challenged Huckabee Sanders to clarify her answer, and warned that it seems like Trump may be poised to pressure world leaders to choose between Republicans and Democrats.

“The president of the United States takes the North Korean dictator’s word about Joe Biden?” he asked. “What happened to speaking with one voice on American foreign policy? Is the president not setting up trying to have world leaders sort of pick which political party they should side with? I don’t understand what message the president is sending here.”

“He’s given his own assessment,” Huckabee Sanders replied before slandering Biden and the Obama administration herself. “I’m sure you have covered it. The president watched him and his administration with President Obama fail for eight years. He has come in in 2 1/2 years and cleaned up a lot of the messes left behind. We shouldn’t be in the position we’re in to have to deal with North Korea at the level we are if they had done their job. At the same time, the president wants to develop that relationship and he wants to actually get something done. He doesn’t want to just talk in pretty rhetoric.”

Developing that relationship does not mean letting Kim Jong-Un weigh in on Trump’s political opponents. It seems like Kim is actively trying to interfere with our political system and Trump is letting him do just that as long as it benefits him. Americans should be sickened by Trump’s failure to rebuke Kim’s attack on Biden. The president is supposed to protect all Americans, not just the ones he likes.