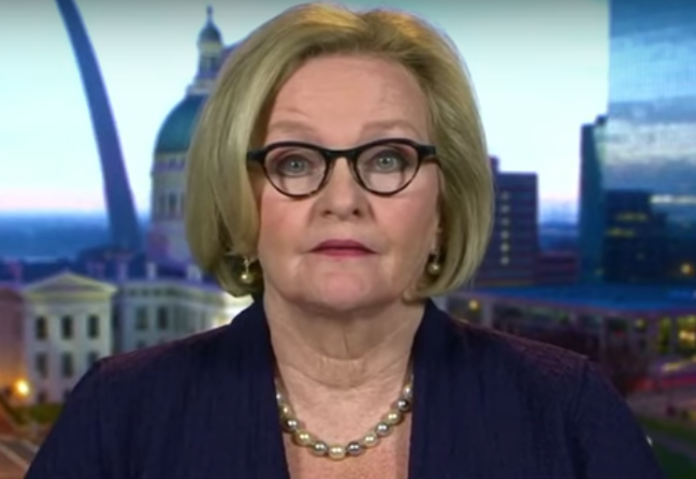 Former Senator Claire McCaskill (D-Mo.) took her former Republican colleagues to task on Thursday morning for letting Attorney General Bill Barr act like the United States is a banana republic and that President Donald Trump is a dictator who can do whatever he wants.

Barr’s testimony to the Senate Judiciary Committee was damning on Wednesday as he repeatedly gave misleading answers or outright made some stunning admissions while defending Trump.

For instance, he told the committee that Trump ordering one of his staffers to fire Special Counsel Robert Mueller in an effort to kill the Russia investigation “is not a crime” even though it is a prime example of obstruction of justice detailed in the report.

He also did not deny that Trump lied to Mueller in his written answers to his questions.

Basically, Barr did not really read the Mueller report and was going to clear Trump no matter what it said.

It was more than enough to disgust McCaskill, who appeared on Morning Joe Thursday to rebuke Barr and her ex-GOP colleagues.

“He played rope-a-dope all day, you know, he was wiggling, he was zigging, he was zagging — it was so obvious,” McCaskill said of Barr’s performance. “I just wish a jury was listening to this guy all day, because whatever he was charged with, they would have convicted him. He was clearly evasive, clearly splitting hairs.”

“But the thing I’ve got to get off my chest, because my hair’s on fire about this, you’ve got Harvard- and Yale-educated Republican lawyers on the U.S. Senate Judiciary Committee, and they sat there and listened to the attorney general of the United States say that any president, if he feels an investigation is unfair, can shut it down,” she continued. “That’s banana republic stuff. That is North Korea, that is Russia, that is China.”

Indeed, excusing a president’s attempt to obstruct a legitimate federal investigation is akin to letting that president abuse his power. Any lawmaker in Congress who does that simply does not care about the Constitution and the three co-equal branches of government, nor do they care about checks and balances.

“What separates us from the rest of the world, and those guys know it, is our respect for the rule of law, and this guy is trampling all over it,” McCaskill concluded.

Barr’s contempt for oversight has drawn calls for him to be impeached or even jailed. His behavior is un-American and unprofessional and he is clearly acting as Trump’s personal protector instead of defending the Constitution and the rule of law. It’s time for him and his Republican enablers to go.