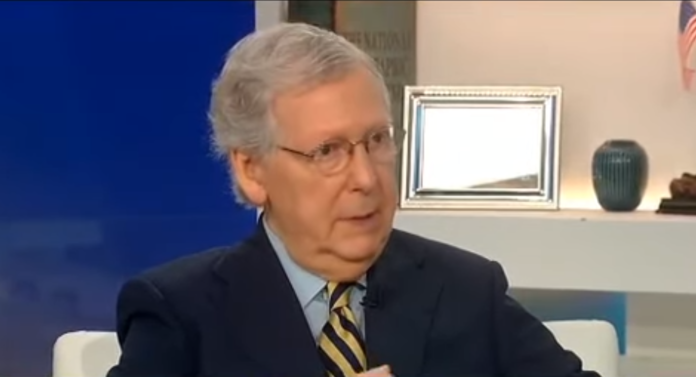 Proving yet again how utterly clueless and out of touch he is when it comes to issues that should matter to every American, Senate Majority Leader Mitch McConnell (R-KY) said Monday that he doesn’t understand why comedian Jon Stewart is “bent out of shape” with how he’s handled funding for 9/11 first responders.

During an appearance on “Fox and Friends,” McConnell remarked:

“I don’t know why he is all bent out of shape but we will take care of the 9/11 Victims Compensation Fund.”

“I want to make it clear that this has never been dealt with compassionately by Sen. McConnell. He has always held out until the very last minute, and only then, under intense lobbying and public shaming, has he even designed to move on it.”

Fox host Steve Doocy then reiterated another of Stewart’s complaints: That so few members of the House Judiciary Committee had shown up for last week’s hearing on 9/11 first responders. To that, McConnell replied:

“Well that frequently happens because members have a lot of things going on at the same time. It sounds to me like he is looking for some way to take offense. There is no way we won’t address this problem appropriately.”

Without legislation, the current funding for 9/11 first responders will run out later this year. Stewart is pushing for legislation that renews the fund through at least 2090, but it remains unclear if such a bill would pass in the Senate, despite what McConnell claimed on Fox News Monday morning

All of this is part of a much larger problem when it comes to the Senate under GOP control: The House has passed nearly 100 piece of important legislation so far this year — including bills dealing with election security — but McConnell refuses to let anything come to the floor of the Senate for a vote.

McConnell has even bragged he is the “grim reaper” and will continue to obstruct any legislation from the House, which he calls part of a larger “Democratic socialist agenda.”