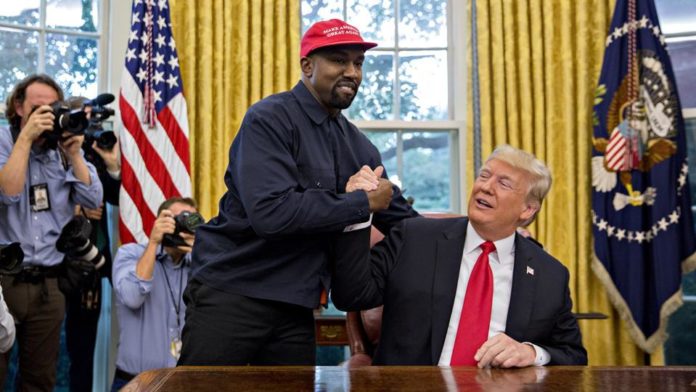 As part of his 2020 reelection strategy, President Donald Trump’s campaign is planning to reach out to black voters in an effort to secure their support and votes, Politico reports:

The Trump 2020 campaign has been quietly reaching out to prominent African Americans about joining its latest coalition, intended to boost Republican support in the black community. The effort comes just as the president capped off a month filled with racially divisive language and Twitter taunts aimed at House Oversight Chairman Elijah Cummings and four freshman congresswomen of color.

The plan is to shave a few percentage points away from whoever winds up being the Democratic nominee in the desperate hope that will boost Trump in key battleground states such as Michigan, Pennsylvania, and Wisconsin.

The pitch to African Americans will be one of economic opportunity, according to Politico:

Ignore the president’s words and instead focus on his policies, like the state of the economy and the low unemployment rate, the passage of criminal justice reform or the creation of Opportunity Zones, which are meant to bolster investment in underserved or poorer cities.

Michael Steele, former chairman of the Republican National Committee, says the Trump camp is kidding themselves if they think they he can appeal to black voters:

“The idea is that, because of his agenda, his comments on Charlottesville, Baltimore or shithole countries do not matter. Or that you can say the most racist things in the world, but hey, I got a tax cut. Or you can disparage my homeland, but the unemployment rate is going down.

“My guess is that it is mostly a waste of time. Republicans have been trying to do this for 50 years.”

And economist Valerie Wilson noted that the president may try to claim credit for the economy, but the evidence suggests he had little to do with that:

“I do not think it is a legitimate argument to try to gain support from black voters based on the economic argument. There is little we can point to from the current administration as a reason for where African Americans are economically.”

But the most damning marks against Trump come from the way he’s treated blacks, including former White House aides such as Omarosa Manigault Newman, who scoffed at the idea the president wants to try and make nice with African Americans:

“Now he has a track record, or lack thereof, with African American voters. It doesn’t matter what the campaign does, or if it spends millions on outreach, he will not get the black vote.”

“If Trump cracks 8 percent of the black vote again, it would be a miracle. We’re still a year-and-a-half out from the election, but the evidence right now suggests that it will be hard for him to get more than that, especially with African American women lined up against him.”

If there’s a person of color on the Democratic ticket — either as the presidential or vice presidential nominee — Trump may be lucky if he gets two percent of the black vote.