The United States Blues
Home News CNBC analyst: Trump only wants infrastructure he can put his name on 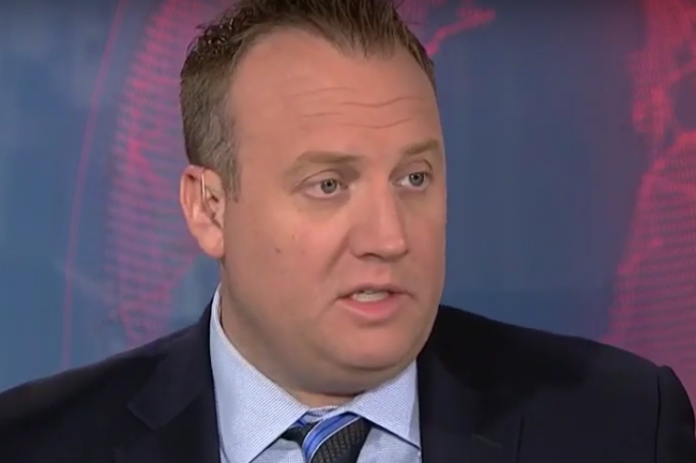 President Donald Trump may claim to support rebuilding America’s infrastructure, but the only reason is because he selfishly wants to put his name on anything that gets built.

It’s not about improving America, it’s about stroking his own narcissistic ego, which is why CNBC analyst Josh Brown suggested Democratic leaders House Speaker Nancy Pelosi (D-Calif.) and Senate Minority Leader Chuck Schumer (D-N.Y.) use it to their advantage in order to push a massive infrastructure package through Congress.

“If you’re Schumer and Pelosi, it’s easy,” Brown told Stephanie Ruhle on Monday. “Just promise to put his name on everything. If they do that, they will get legitimate spending on infrastructure — and they’ll get to steer a lot of it, because we know what his priority is.”

Indeed, Trump’s priority is himself and he’ll even browbeat Republicans if they aren’t willing to pass something that would play to his ego.

“For things like this, they don’t want to go into an election year saying they said no to infrastructure,” Brown said. “The bigger picture though, from the president’s perspective, he’s got to be able to say that the infrastructure is going to be in needed places to get the Democrats in.”

The problem, however, is that giving Trump a political win on much needed infrastructure would help him in 2020, especially since he would put his name on everything. Another problem is that while Trump will support some infrastructure projects, there are others he will reject simply because he doesn’t want his name attached.

“I don’t know if he wants to do the type that we need,” Brown warned. “There is absolutely no appetite on the part of Trump to do water treatment for places like Flint, because you don’t put your name on a sewage system. He wants to do these glamorous, big bridges and tunnels. He looks at the Hoover Dam, he looks at something that has someone’s name on it, and they’re iconic.”

Make no mistake, America needs new bridges and tunnels as well as a whole host of other major infrastructure repairs, but we should do it for all Americans for unselfish reasons, not because Trump wants his name on everything. And if getting some of these things means many Americans suffer in places like Flint, Michigan because Trump doesn’t want his name on a sewage treatment plant, an infrastructure deal at this time is not worth it.