The United States Blues
Home Economics CNBC editor has bad news for Trump about his economic promises as... 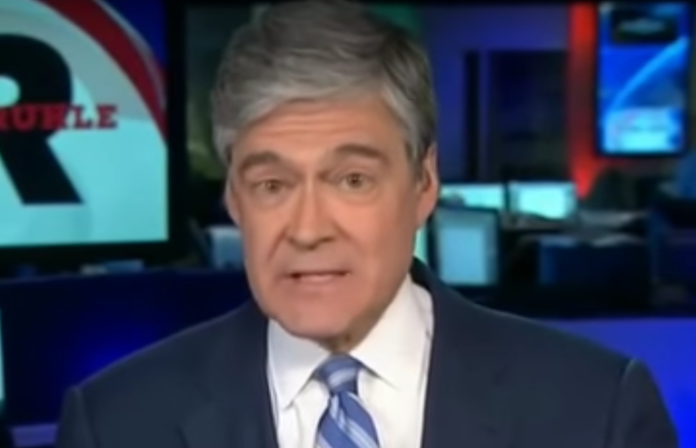 President Donald Trump not only left Vietnam empty-handed without a promised denuclearization deal with North Korea, he arrived back to the United States to bad news about his economic promises as CNBC editor John Harwood reported on Thursday that economic growth is going to take a dive.

Even before getting elected in 2016, Trump has been promising economic growth would reach 3 percent annually. But because of his disastrous tax cuts for the wealthy, his global trade wars and the 35-day government shutdown he caused over his border wall, his promise just became a broken one.

MSNBC anchor Stephanie Ruhle and Harwood reported on Thursday that the Congressional Budget Office says that gross domestic product only reached 2.9 percent overall for 2018 and predicts it will drop in 2019.

“The president and his economics team promised tax cuts and deregulation would lift America’s gross domestic product, or GDP as most people call it, above 3%, and keep it there,” Ruhle said. “The new numbers indicate that the economy slowed less than expected in the final three months of 2018, that is good, but we are already seeing signs of slowing in the first quarter of 2019 especially in manufacturing.”

Ruhle also pointed out that Trump once predicted a GDP growth of 4 percent or higher.

Harwood appeared on the program to deliver a devastating blow to Trump and Republicans who insisted they could do a better job growing the economy than former President Barack Obama.

“This has been a long standing Republican theme,” Harwood said.

“What we’ve seen today from these numbers is that Trump has gotten to 2.9 percent. That is not better than Obama,” Harwood said. “Trump did not get to 3 percent. In fact we saw growth decline from 4.2 percent in the second quarter, to 3.4 percent in the third quarter, 2.6 in the fourth, expected to be in the 1s in the first quarter of 2019.”

That’s bad news meaning the economy is slowing down and only adds to fears that we are heading for a recession.

“In the long run, the CBO and Federal Reserve both say that long term growth will be below 2 percent,” Harwood continued. “That is not what the Trump team promised that they were going to deliver with tax cuts and deregulation.”

Harwood concluded by explaining what this means for average Americans:

“Long term economic growth was supposed to be the thing that lifted the living standard of average Americans. We’ve seen long term stagnation, increasing income inequality but people in the middle and working class have not been moving ahead. People at the top have been moving ahead. The key to doing that is by getting labor productivity up and by making labor more valuable for businesses to pay, therefore increasing middle class paychecks. There is no sign that that’s going to happen. Wages continue to grow ahead of inflation, but not by that much. So we haven’t really seen the fundamental shift in worker take home pay from the Obama Administration despite tax cuts.”

This is yet another promise Trump and his ego could not deliver on and the American people are going to suffer for it in the months and years ahead. And that means they can go to the ballot box in November 2020 and show Trump just what they think of his economic failure. Obama handed Trump a growing economy that was continuing to improve, and all Trump did is run it into the ground like his businesses.