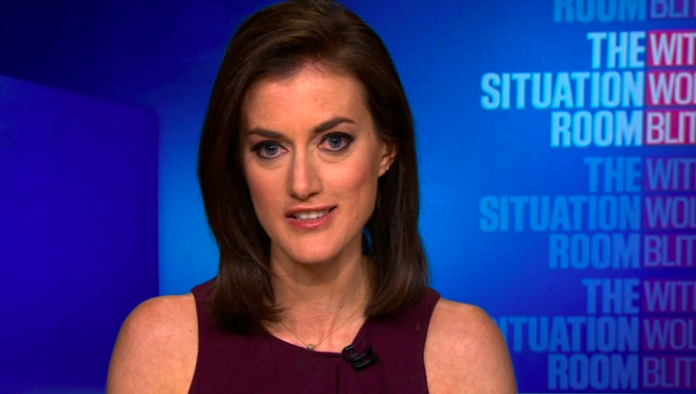 Bush passed away on Friday at the age of 94 six months after his wife former First Lady Barbara Bush preceded him in death this past April.

Soon after news of Bush’s death broke, the White House released a statement from Trump and his wife First Lady Melania Trump offering their condolences and a brief overview of Bush’s long and extraordinary life.

The problem is that Trump and the White House didn’t get the facts right, and Vinograd noticed.

I think President Bush actually served in the navy before going to Yale, not after? https://t.co/q6hV4yrwe6

The statement says that President Bush joined @USNavy after @Yale

Indeed, Trump’s official White House statement on the death of Bush states that “he captained the Yale baseball team, and then went on to serve as the youngest aviator in the United States Navy during the Second World War.”

This statement is false because Bush postponed college to join the military right after he graduated high school in response to the Japanese attack on Pearl Harbor in 1941. He enrolled at Yale after the war ended and he received his discharge.

Vinograd went on to explain why the White House should have written the statement with more care.

This was an important statement memorializing a lifetime of service and mourning a loss. It should have been researched and written with the utmost care and attention to detail, as should all official statements of US policy.

It would be useful for @WhiteHouse to correct their statement. Members of the Administration and Trump family have pointed out when the media makes mistakes and when the media correct them. This official statement should be an accurate representation of the life and legacy of ’41

Trump has repeatedly attacked the press for even the most minor errors in stories, even after retractions and corrections are issued. Issuing this statement with mistakes and not apologizing and correcting it makes Trump a hypocrite.

This is not a mistake that should be made. One simply could pick up any biography of Bush or even visit Wikipedia to get the facts straight. And it’s not like the White House didn’t have time to get these basic biographical facts right.

It’s just pure ignorance and laziness from a president and his team that really does not care.