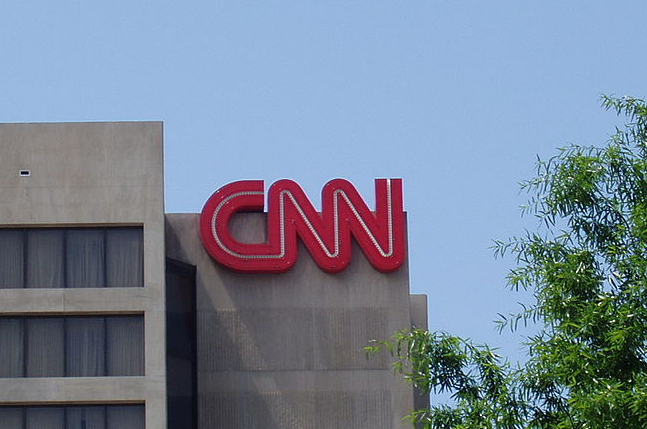 Isgur Flores served as former Attorney General Jeff Sessions’ spokesperson inside the Justice Department and previously worked for several Republican presidential campaigns, including Mitt Romney and Ted Cruz among others.

But CNN’s announcement raised a lot of eyebrows and caused widespread backlash due to the fact that Flores has zero journalism experience and that the hire damages CNN’s credibility as an objective news network.

While it is common for departing administration officials to join cable news networks as analysts or contributors, it is less common for them to oversee news coverage. Isgur has no experience in news but a long history as a political operative, most recently with the Trump administration.

And the reason why Flores got a job with Trump’s administration gives critics even more reason to be angry with CNN.

Trump’s advisers knew there was only one way Sessions would be able to hire her: If she kowtowed to Trump. So she paid her respects to the president in the Oval Office — a cordial visit during which she told the president she was on board with his agenda and would be honored to serve him.

That’s right, Flores literally pledged loyalty to Trump to get her job, and now she’s in the perfect position to display that loyalty because she can tilt CNN’s 2020 coverage in his favor over other candidates.

It’s a serious enough threat that Twitter users bashed CNN for hiring her.

But back to Sarah Isgur Flores and CNN for a second: Remember that she *pledged loyalty to Trump* in order to get her last job. But hey, sure, have her coordinate your 2020 coverage, CNN. Sure that’ll be fair and not full of empty podiums/free Trump ads. https://t.co/c8mhZzVpSZ

You are making a mockery of your own journalistic credibility, @CNN. If Flores is your political editor, it virtually guarantees your network will carry water for Trump’s re-election. https://t.co/oe4uCji92l

Among the refined journalistic skills CNN considers Sarah Isgur Flores to be in possession of: defending a bold-faced lie with a link to a one-video YouTube propaganda page that doesn’t even come close to proving the original lie to be true https://t.co/g5WSL86wof pic.twitter.com/NG2fmS4VmC

For those just tuning in, @CNN announced the hiring today of former Jeff Sessions spokeswoman Sarah Isgur Flores as a new political editor. They obviously didn’t do a lot of vetting. https://t.co/bEpmmdqSO1

Sarah Isgur Flores has no journalism experience and all her political experience is very GOP partisan. What “look” was CNN going for here in choosing their leadership for 2020 campaign coverage?

Flores was:
> Political director of Texans for Ted Cruz in 2009
> A Romney 2012 advisor
> Deputy Comms director for the RNC in 2013/2014
> Carly Fiorina’s 2016 deputy campaign manager
> Spokeswoman for Jeff Sessions
And @CNN‘s just putting her in charge of straight news? https://t.co/ofBv93gC07

We already know that President Donald Trump has a history of attacking CNN and the network’s coverage of his administration. Now he has what amounts to a mole within the company who can skew coverage of the election to help his re-election campaign. This is a hire that never should have happened and CNN should quickly fix their mistake. It’s one thing to hire a Trump operative to provide commentary or analysis, but it’s reckless to hire one to make political coverage decisions that could swing perhaps the most crucial election in American history.