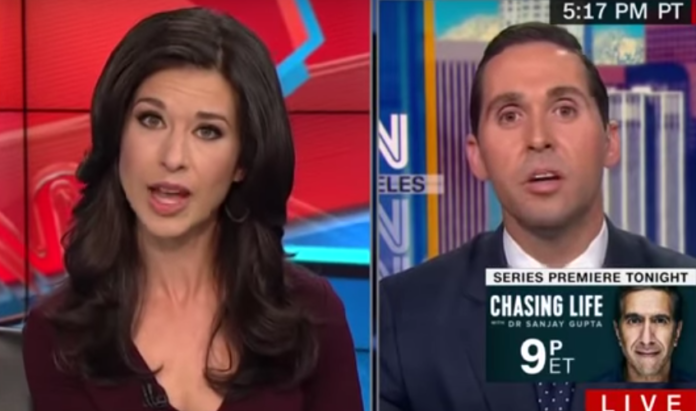 Trump is scheming to release already-detained migrants in sanctuary cities to punish his political opponents, even if some of those migrants may actually be violent criminals.

One of those cities could be Los Angeles, where Thomas resides. Instead of blaming Trump, of course, he blamed California lawmakers for passing sanctuary laws and claimed that the state will just have to “suffer” the consequences of Trump’s decision.

“Because we can’t handle it, Ana,” Thomas said. “Forget even the fact that I would argue that sanctuary cities have higher crime rates than non-sanctuary cities.”

According to The Crime Report:

In a rebuttal to government claims that “sanctuary” cities are breeding grounds for crime driven by undocumented immigrants, a new study says that residents of areas where authorities limit cooperation with federal immigration authorities are safer from violent death.

The study by the San Francisco-based Center on Juvenile and Criminal Justice (CJCJ) compared 2015 crime figures in 33 large central metropolitan counties where some form of sanctuary policies are in effect (including 12 who do not cooperate at all with federal immigration authorities)—representing over 50 million Americans—with 35 counties with no sanctuary policies, with some 40 million Americans.

And the main reason is because local and state law enforcement can “reassure residents that they can report crimes or assist police in investigations without worrying about whether their immigration status makes them vulnerable to deportation.”

The evidence clearly shows that Trump and Thomas are lying about sanctuary cities in an effort to scare Americans when the fact is that they shouldn’t be scared at all because sanctuary cities makes us safer, not the opposite.