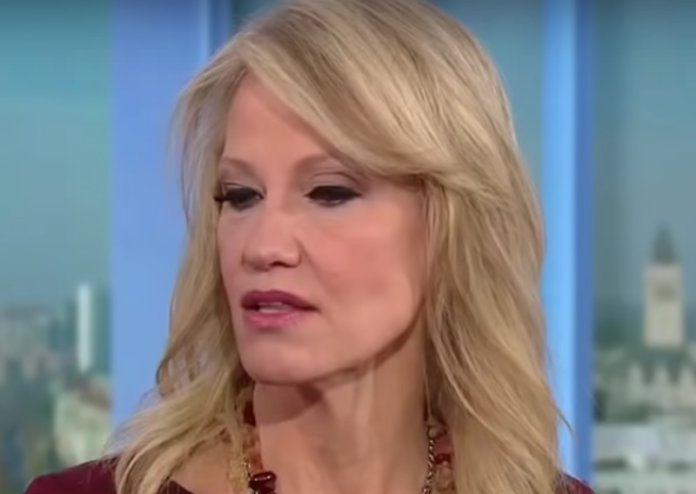 President Donald Trump and his White House team are clearly desperate to characterize the 2018 midterm election as a victory for him despite losing control of the House to Democrats, a loss CNN host Alisyn Camerota would not let Kellyanne Conway forget on Wednesday morning.

The first tweet Trump posted on Wednesday morning included a declaration of the “big victory” he supposedly won on Tuesday night.

Republicans managed to add seats to their majority in the Senate, but in the end they lost the House by a landslide and several governor’s races that will be crucial in 2020.

That’s not a big victory, especially since House Democrats will have the power to investigate Trump and subpoena his records.

But Conway insisted on repeating Trump’s spin during an appearance on CNN.

Conway whined about the media coverage of Trump and tried to defend him by touting the economy, something Trump did not do very much of on the campaign trail.

Of course, the economic numbers Conway is talking about are a continuation of former President Barack Obama’s economy.

“Understood, but you still lost the House!” Camerota told her.

“Right, that was to be expected,” Conway claimed, even though Trump repeatedly claimed there would be a “red wave.”

“The economy is fine but you still lost the House!” Camerota repeated.

Desperate to spin the loss into a win, Conway compared Trump’s failure to hold the House to Obama’s in 2010 when Republicans took over after successfully running a propaganda campaign against Obamacare.

But it still came back to the economy as Camerota pointed out that Obama was still dealing with the Great Recession while Trump is taking credit for the good economy Obama built, including an uneployment rate under 4 percent.

Despite a humming economy, Republicans still could not keep control of the House and lost big.

“The economy is going well, and you still lost the House,” Camerota said. “So clearly, voters are displeased with something.”

Yeah, and it’s not the economy. It’s Trump’s hateful and racist rhetoric, his constant attacks on the media and his desperate political stunts to get Republicans to vote.

But that’s not really true. Democrats were projected to win around 25 House seats, but they won more than that and did so by unseating Republicans who should have won their districts handily. Republicans also lost governor races, and even Trump’s own hand-picked candidates such as Kansas GOP gubernatorial candidate Kris Kobach lost to Democratic candidates.

As Camerota continued to grill her for claiming that Trump talked about policies during his rallies, Conway talked over her while completely ignoring the question of whether Trump will stop calling the media the “enemy of the people.”

Considering Trump attacked the media on Twitter this morning, it’s pretty obvious that he has no intention of stopping his violent rhetoric.

Conway continued rudely attacking the media during the interview, thus making everyone wonder why any news networks are still inviting her on their programs.

All she does is deflect and lie for Trump and that should no longer be tolerated, especially since journalists are being targeted with violence, harassment and attempted bombings.

Her attempt to spin this massive loss as a victory failed, so she resorted to attacking the press as usual.