The United States Blues
Home Politics Congress CNN Host: Trump’s Next Two Years In Office Will Feel Like A... 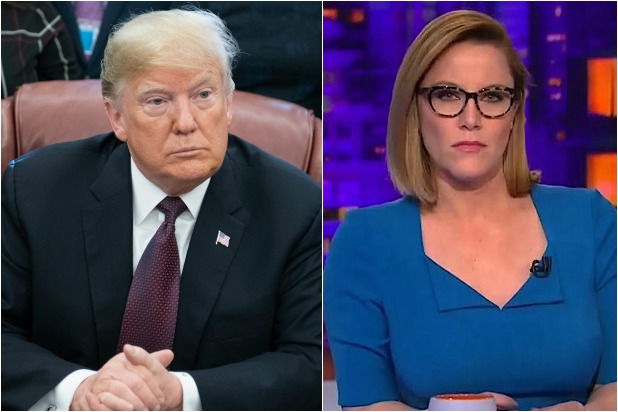 Now that Democrats control the House of Representatives, President Donald Trump is going to be very miserable for the next two years, according to CNN host S.E. Cupp.

On her show Saturday, Cupp noted that Trump had enjoyed the luxury of facing almost no opposition from a Republican-led Congress during the first half of his presidency, but those days are long gone:

“Life is about to get pretty rough for the president. For one, governing is hard work and it’s about to get harder without Republicans controlling all the levers.”

Cupp then said Trump’s light schedule is also a thing of the past now that there are going to be numerous Congressional investigations and the added weight of the probe being conducted by Special Counsel Robert Mueller:

“His three-hour workday is about to go bye-bye.”

But it was what Cupp warned the president about next that should be of special concern to a man who seems to have plenty of skeletons in his closet and lots to hide:

“There’s also the deluge of investigations, subpoenas and hearings coming his way. With Democrats retaking the House the next two years will be equivalent of a rectal exam for Trump. And at this point, there’s little he can do about it.”

How will Trump respond if he finally has to work eight-hour days and can’t sit in front of a TV watching Fox News and tweeting out mindless garbage? Well, he could descend deeper into instability and depression, which would threaten the national security of the United States and the world. Or he might decide he’s had enough and resign.

Congressional Democrats have already vowed to look into Trump’s taxes, his shady business deals, and his connections to Russia. Any of those investigations could wind up providing more than enough evidence for impeachment.

Sounds like Trump had better get used to life in the bent over position.