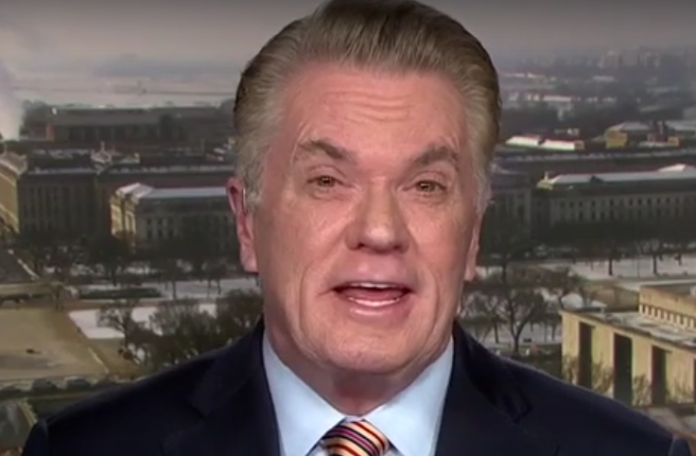 As longtime Trump associate, Roger Stone headed to court on Thursday to face Judge Amy Berman Jackson for trying to intimidate and threaten her in an Instagram post, former White House counsel Jack Quinn humiliated him during an appearance on CNN.

Stone is heading back to court after he accused Jackson of being part of a “Deep State” conspiracy against him and President Donald Trump. He posted an image of Jackson with crosshairs above her head, a post he later removed and made excuses about to absolve himself of any responsibility. His attorney would later file an apology with the court on Stone’s behalf, which many legal experts said they have never seen before.

Jackson, however, ordered Stone to drag himself into her courtroom on Thursday to explain himself and argue why she shouldn’t revoke his bail agreement and throw his sorry a** in jail.

And Stone did as he was told on Thursday as he arrived at the courthouse to face the consequences of his actions.

CNN reporter Kara Scannell explained that Stone faces a more restrictive gag order that would bar him from appearing on media shows or posting on social media, a move that would put a dent in his income. Jackson could also merely give Stone a stern warning, or she could put him in jail like she did when Paul Manafort violated the terms of his bond by witness tampering.

When CNN turned to Quinn for expert legal analysis, he did not beat around the bush as he mocked Stone for stupidly attacking the judge overseeing his case.

“At a minimum, he’s going to get a tongue lashing,” Quinn said. “The judge is not going to be amused by this. She is not going to be happy. I said earlier if stupidity were a crime, Roger would be in jail for the rest of his life. This was just monumentally dumb on his part.”

Quinn then opined that Jackson won’t jail Stone because she won’t feed into his claim that he’s being persecuted.

“I think she might be mindful of Stone’s desire to set up a situation in which he appears to be persecuted and my guess is that she won’t put him in jail,” he said. “I think the gag order will be significantly tightened to his displeasure, but I don’t think she’ll put him in jail.”

Frankly, Jackson needs to send a strong message here that intimidation and threats against a federal judge will not be tolerated. If Stone gets away with his actions, others may believe they can get away with doing the same thing in their own cases. An example needs to be set and since Stone will whine about being persecuted no matter what Jackson decides, she might as well make an example of him by putting him behind bars where he belongs.