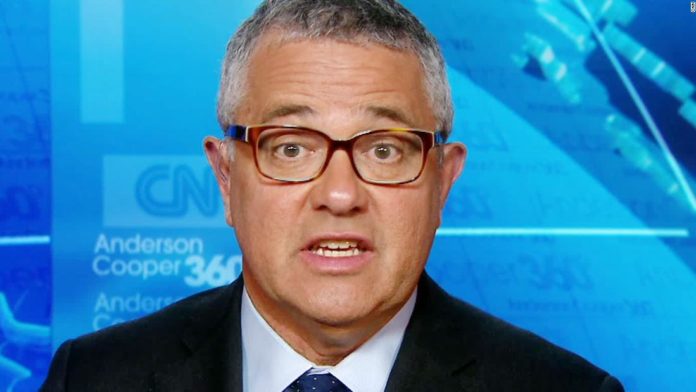 Now that we know Special Counsel Robert Mueller did indeed disagree with the way Attorney General William Barr summarized his 400+ page report on the 2016 election and possible crimes by President Donald Trump, the next question we have to ask ourselves is whether or not Barr committed perjury when he testified before Congress earlier this year.

CNN legal analyst Jeff Toobin said Wednesday morning that Mueller’s “outraged” letter to Barr which was first reported Tuesday evening suggests that the special counsel is convinced that the attorney general did indeed lie under oath:

“That is a scathing, outraged letter. Accusing the attorney general of completely distorting and lying to the public about what Mueller spent two years on. I mean, that is not a polite letter among old friends. That is an accusation of political interference in Mueller’s work. That is not a routine letter in any sense of the word.”

Susan Hennessy, who also serves as a legal expert for CNN, agreed with Toobin, noting:

“What Bill Barr has done, what Robert Mueller is fairly clearly accusing him of having done, is undermining the central purpose of having a special counsel. This is the most critical example, an investigation of the president into the circumstances of his election, potential crimes committed while in office. That really is just indefensible.”

There are already calls in Congress for Barr to either resign or face impeachment. And the fact that the AG was willing to lie for Trump also raises a much larger issue: Did he do so at the direction of the president? Because if he did, that would be yet another example of Trump obstructing justice. And that could trigger immediate impeachment hearings.

The deeper you dig into the entire Trump administration and their constant efforts to hide the facts from both Congress and the American people, the more it makes you wonder what exactly they’re trying so desperately to cover up.