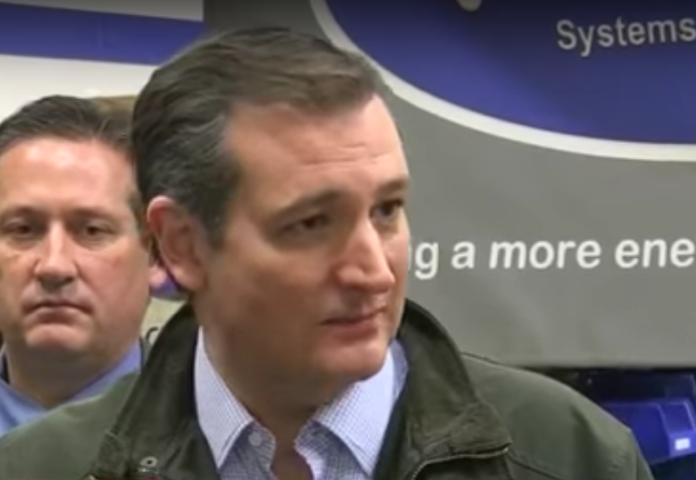 CNN reduced Senator Ted Cruz (R-Texas) to a joke on Sunday morning when anchor John King demonstrated exactly how “Texas Tough” Cruz is by playing clips of him blasting President Donald Trump in 2016 before reading a glowing review he recently wrote about Trump this year.

During a panel discussion about whether Republicans should or shouldn’t distance themselves from Trump heading into the 2018 Election in November, King brought up Cruz.

“This is the most interesting transformation in American politics.”

“Remember the 2016 primaries? Remember Ted Cruz? Remember Donald Trump saying the National Enquirer had claimed that Ted Cruz’ father might have been involved in the assassination of President Kennedy? President Trump talked about that. He tweeted at one point essentially saying that Heidi Cruz was not attractive.”

After reminding us of the ugly attacks Trump launched against Cruz in 2016, King reminded us of how Cruz responded with several video clips. Cruz said:

“Donald is a bully. This man is a pathological liar. This man cannot tell the truth but he combines it with being a narcissist.”

“I am not in the habit of supporting people who attack my wife and attack my father.”

King replied as the clips ended.

“That was then and this is now.”

And then he read a portion of Cruz’s recent glowing praise of Trump in a short stub written for TIME magazine earlier this month.

“President Trump is a flash-bang grenade thrown into Washington by the forgotten men and women of America. The fact that his first year as Commander in Chief disoriented and distressed members of the media and political establishment is not a bug but a feature.”

Cruz’s hypocritical about-face stunned King as he and the rest of the panel laughed at him for sinking this low in a desperate bid to win his tight re-election race in Texas, where Democrats are causing panic among Republicans.

Cruz’s Democratic opponent Beto O’Rourke didn’t find the praise of Trump so amusing, writing in a blog on Medium:

“As he stoops to bow to President Trump in the pages of Time, Ted Cruz reminds us that we can do much better. That with the right leadership in Texas we can lead this country past the divisiveness, the meanness, the paranoia and the smallness. It’s our drive to focus on the big, aspirational goals of Texas and this country — the ability for everyone to live to their full potential in the jobs they hold, the education they receive, the healthcare that they can count on, the voting rights they can exercise — that will distinguish us.”