The United States Blues
Home News CNN Panel Laughs At Trump Over 2004 Speech In Which He Said... 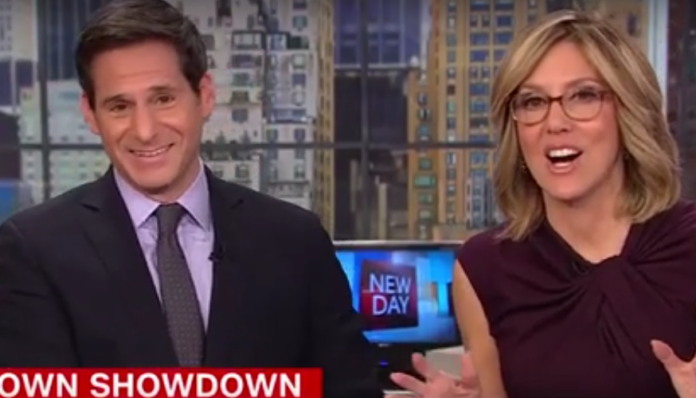 President Donald Trump strenuously insists that walls work to stop people now, but that’s not how he felt back in 2004 during a commencement address in a video that caused an entire CNN panel to erupt in laughter.

For over two years, Trump has tried to desperately sell a wall on the border by claiming that they work nearly 100 percent to keep people and drugs out of the country.

Just on Wednesday, Trump claimed that “nothing else works” except a wall:

….The only reason they do not want to build a Wall is that Walls Work! 99% of our illegal Border crossings will end, crime in our Country will go way down and we will save billions of dollars a year! A properly planned and constructed Wall will pay for itself many times a year!

But that’s not what Trump told graduating students at Wagner University in 2004 when he talked about walls.

“One thing that changed is how Donald Trump feels about the impenetrability of a wall,” Camerota said. “We’re going to get in the way back machine. He was giving an address at Wagner University in 2006 and he brought up — a wall.”

“Never, ever give up. Don’t give up. Don’t allow it to happen,” Trump said in the clip. “If there’s a concrete wall in front of you, go through it. Go over it. Go around it. But get to the other side of that wall.”

The CNN panel broke into laughter at Trump and began mocking him.

“Back then, he understood the shortcomings of a wall,” Camerota quipped.

In fact, Trump was actually right in 2004. A wall won’t stop illegal immigrants from crossing the border because they can climb over it, tunnel under it, fly over it, or take a boat and sail around it. Walls can even be broken or busted down.

A wall also won’t stop drugs since most come through the border at legal ports of entry.

Trump’s demand for a steel slat wall won’t work either since testing recently revealed that it can easily be cut through with a saw.

It’s time for Republicans to admit a wall won’t work and end this shutdown. Trump clearly has no intention of doing so, despite the fact that most Americans oppose the wall and blame him for the shutdown, and those numbers are likely to rise after more Americans see this video.

As usual, Trump’s own past words come back to bite him on the ass.