The United States Blues
Home News CNN panel: President is about to throw Don Jr. under the bus... 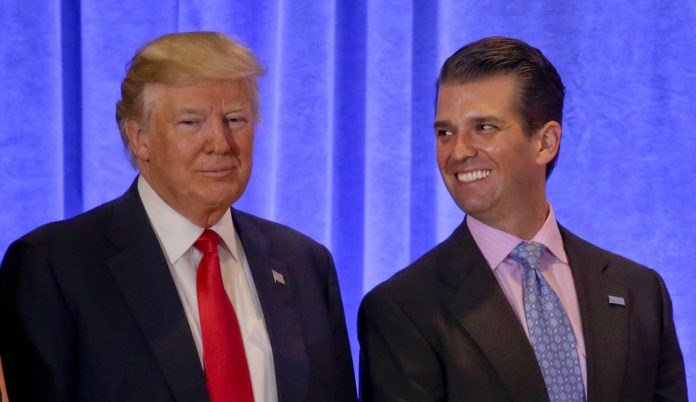 An interview President Donald Trump’s attorney, Rudy Giuliani, gave to Chris Cuomo of CNN on Wednesday evening continues to reverberate across Washington, with Giuliani suggesting that some members of the 2016 Trump campaign may have colluded with Russia.

“Would you be nervous if you’re Donald Trump Jr. or Jared Kushner? Did Giuliani just send a signal that… the president’s legal defense team isn’t here for you?”

“Everyone under [Trump’s] level can now be considered fair game, if we’re talking about the political signaling.”

Former federal prosecutor Elie Honig also noted that Giuliani’s remarks reminded him of defense strategies used by mafia bosses who want to try and insulate themselves from legal exposure:

“It’s a strategy of sorts, and it’s something I’ve seen as a prosecutor before. Rudy Giuliani came up through the Southern District of New York like I did… making cases against large criminal organizations. And when you do that, one thing you learn is the boss… is insulated, he’s protected by the people below him. He can give orders, he doesn’t have to do the dirty work with his own hands.”

Now that the president is facing possible removal from office via impeachment and indictment on criminal charges ranging from conspiracy to defraud the government to money laundering, a pattern is developing that appears to be a repeat of what Trump has done in the past: Blame others. Consider what journalist Al Hunt had to say in an editorial he wrote in March of 2018:

“Trump never accepts responsibility for anything. Reflecting the lessons he learned decades ago from his fixer-lawyer-mentor Roy Cohn, his approach is always to stay on the offensive, as if any sign of contrition amounts to an unacceptable show of weakness. At some stage this tactic will threaten his already fragile presidency.”

We are at the stage where Trump’s presidency is existentially threatened. And as  expected, he is now sacrificing everyone — even his family — in order to save himself. This man has no loyalty to anyone but himself.