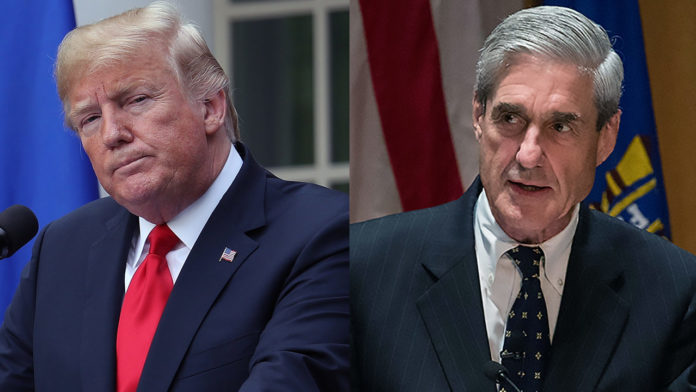 CNN political analyst Errol Louis said Monday morning that while President Donald Trump has been claiming the report from Special Counsel Robert Mueller exonerated him in the Russia investigation, he’s terrified that if Mueller testifies before Congress, that testimony could prove politically devastating for the president.

Though both Attorney General William Barr and Trump have said in the recent past that they have no problems with Mueller appearing before Congress to explain his findings, Trump is now insisting that Mueller should not be allowed to, firing off angry, paranoid tweets over the weekend that certainly give the appearance of guilt:

After spending more than $35,000,000 over a two year period, interviewing 500 people, using 18 Trump Hating Angry Democrats & 49 FBI Agents – all culminating in a more than 400 page Report showing NO COLLUSION – why would the Democrats in Congress now need Robert Mueller…….

….to testify. Are they looking for a redo because they hated seeing the strong NO COLLUSION conclusion? There was no crime, except on the other side (incredibly not covered in the Report), and NO OBSTRUCTION. Bob Mueller should not testify. No redos for the Dems!

That, Louis noted on CNN, suggests that Trump understands just how damaging hearings with Mueller as the star witness could be:

Worst of all, Louis, added, is that the president cannot possibly anticipate exactly what Mueller will say, and that leaves him feeling helpless:

“The president doesn’t want a reality show that’s out of his control to go unscripted on national television involving the characters that have been pursuing him for so long.”

And Trump’s reluctance to see Mueller testify also points to a larger potential problem for the president: If Mueller makes a convincing case to an audience of millions, it could be the end of Trump’s presidency.

All of this is why we need to hear from Mueller as soon as possible.