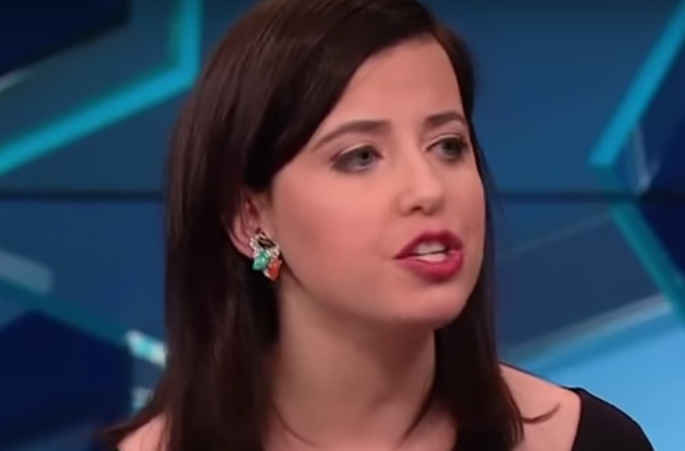 A CNN panel featuring contributor Irin Carmon roundly criticized President Donald Trump on Monday morning for manufacturing a crisis on the southern border to justify his effort to turn America into a “racist fantasy land.”

When Trump declared a national emergency on the border in order to steal government funds to build his border wall, it was yet another part of his plan to pander to his racist white nationalist supporters. And he keeps making the situation worse by cutting funding to Central American nations, a move that will only make migrants more desperate to find security and opportunity here in the United States.

All of Trump’s actions and threats are literally creating a crisis and making it worse as he claims he can ride to the rescue and solve a problem he is responsible for causing.

“You don’t create a fire just to be able to say, ‘I put it out,'” Gregory said. “That’s not real immigration policy. There’s nothing constructive that’s being done. To say you want to cut off funds or use the money to build a wall doesn’t actually address what is a real problem.”

CNN contributor Irin Carmon agreed, but went even further by nailing Trump for doing all these things to gin up the hate and fear among his supporters.

“I think this is what happens when you are governed by the base instincts of YouTube commentators,” Carmon said. “This is, essentially, kind of engineering a racist fantasy land. Whether it comes to fruition or not, this is all about keeping President Trump’s base in a permanent state of furious arousal. And so, whether it happens or not, Trump validating that this is the right way to do it, to shut a border that every single day goods and services and people going to school and people going to work come across and then engineering a situation where they are intentionally not providing services to the folks who have made it across the border. They are engineering a crisis to validate xenophobia.”

This border crisis is one of Trump’s own making so he can pretend to ride in on a white horse and be a hero to his racist supporters who truly believe he will turn America into the racist utopia they have always wanted. Most Americans, however, have not been fooled. That’s why they voted overwhelmingly for Democrats during the November 2018 midterm election and doubling down on border crisis rhetoric will only hurt Trump again in 2020 when Americans have the chance to bury him and the Republican Party permanently.