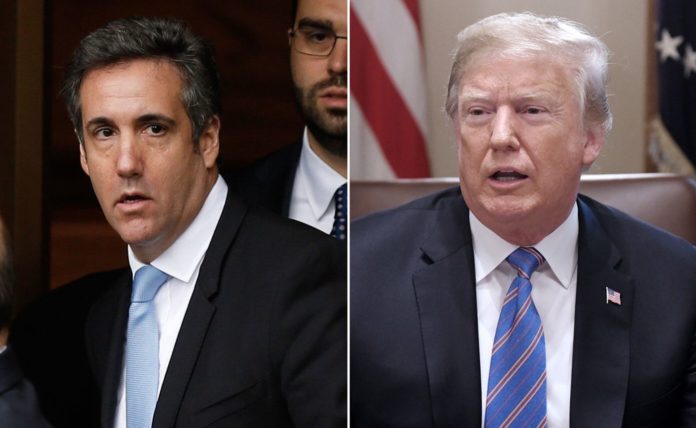 President Donald Trump’s former attorney and fixer, Michael Cohen, has provided additional information about possible business irregularities by the Trump Organization to prosecutors with the Southern District of New York (SDNY) according to a new report from the New York Times.

Specifically, the Times notes that some of the new evidence Cohen gave federal investigators from the SDNY involved insurance claims made by Trump’s corporation:

“Mr. Cohen, who worked at the Trump Organization for a decade, spoke with the prosecutors about insurance claims the company had filed over the years, said the people, who did not elaborate on the nature of the possible irregularities.

“While it was not clear whether the prosecutors found Mr. Cohen’s information credible and whether they intended to pursue it, the meeting suggests that they are interested in broader aspects of the Trump Organization”

Cohen was also questioned by prosecutors about a donor to the 2016 Trump inaugural committee:

“The prosecutors also questioned Mr. Cohen about a donor to the president’s inaugural committee, Imaad Zuberi, a California venture capitalist and political fund-raiser, according to the people familiar with the matter, who were not authorized to discuss the confidential meeting. Around the time that Mr. Zuberi contributed $900,000 to the committee, he also tried to hire Mr. Cohen as a consultant and wrote him a substantial check, one of the people said.”

Cohen pleaded guilty last year to bank and tax fraud, along with campaign finance violations for his role in payments made to Stormy Daniels and Karen McDougal, both of whom say they had extramarital affairs with Trump before he became president.

This latest report suggests that the SDNY remains focused on financial crimes that may have been committed by the Trump Organization. That same U.S. attorney’s office has already issued subpoenas to the Trump inaugural committee seeking information about possible money laundering and tax violations.