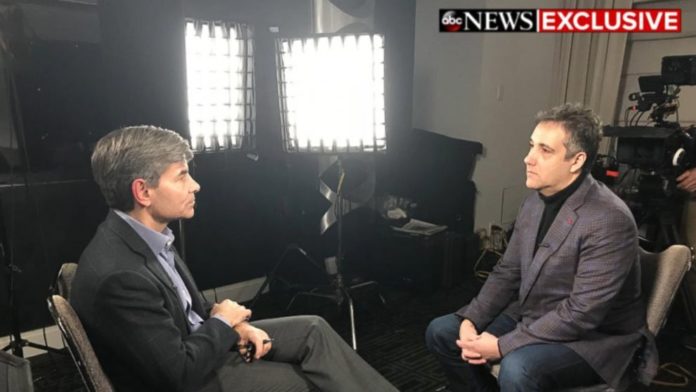 President Donald Trump’s former attorney and fixer, Michael Cohen, said Friday that Trump was well aware that hush money payments to women he allegedly had affairs with were wrong, but he urged the payments be made despite that fact.

During an interview with George Stephanopoulos of ABC News that aired on “Good Morning America,” Cohen was asked:

“He is saying very clearly that he never directed you to do anything wrong. Is that true?”

“I don’t think there is anybody that believes that. First of all, nothing at the Trump organization was ever done unless it was run through Mr. Trump. He directed me, as I said in my allocution and I said as well in the plea, he directed me to make the payments, he directed me to become involved in these matters. Including the one with McDougal, which was really between him and David Pecker and then David Pecker’s counsel. I just reviewed the documents … in order to protect him. I gave loyalty to someone who truthfully does not deserve loyalty.”

The ABC host then asked:

“He was trying to hide what you were doing, correct?”

“And he knew it was wrong?”

Trump also ordered that the payments be made to Stormy Daniels and Karen McDougal, Cohen noted, because he was afraid revelations about his affairs would derail his campaign and embarrass him:

“You have to remember at what point in time that this matter came about — two weeks or so before the election. Post the Billy Bush [‘Access Hollywood’] comments, so, yes, he was very concerned about how this would affect the election.”

And if it can be proven that Trump did indeed participate in the scheme to pay hush money, then the president is clearly implicated in a felony which may eventually lead to his indictment and impeachment.

Trump hasn’t yet responded the the Cohen interview, but it seems unlikely he’ll be able to remain silent for long. Expect a tweet storm sometime today.

Here’s part of the interview from ABC News: