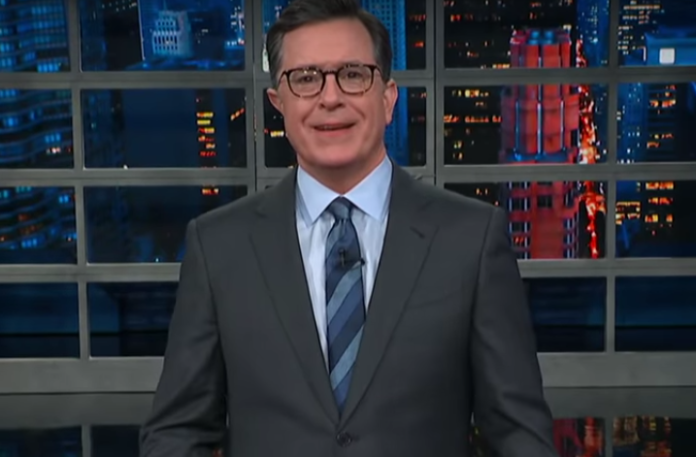 “Late Show” host Stephen Colbert did what he does best on Friday night by taking aim at Donald Trump and he scored another direct hit by pointing out that Trump does not score well on likeability ratings.

Advertisers and marketing executives use something called an E-Score to determine “which personalities appeal to audiences and which do not.” And, apparently, Trump is very unpopular.

“It’s been a great week for everybody, especially Donald Trump. I’m sorry I meant to say horrible week,” he said. “The Democrats in Congress have demanded his tax returns, his financial records, and the full Mueller report. To embarrass him next they are going to ask him what his children’s birthdays are.”

Anyway, Colbert continued to bring up the E-Ratings:

“It’s all got to sting for him because Donald Trump is obsessed with being liked. That’s why so many people can’t stand him,” Colbert quipped. “And Donald Trump does not do well in these E-Ratings.”

“His overall strong negative appeal was 39 percent compared to strong positive appeal of just 14 percent,” Colbert explained. “Yeah that’s not good, the last celebrity to do that bad on E-Score was syphilis. And the characteristics most associated with Trump were aggressive and mean.”

“That’s only two of the reject seven dwarfs,” he joked. “Although Trump is also dopey, grumpy, sleepy and prefers people who are Snow White.”

We all know that Trump won’t be happy about his rating. After all, he just got smoked by former President Barack Obama in Gallup’s 2018 “Most Admired Man” poll. Having a low E-Score too must be eating him alive.