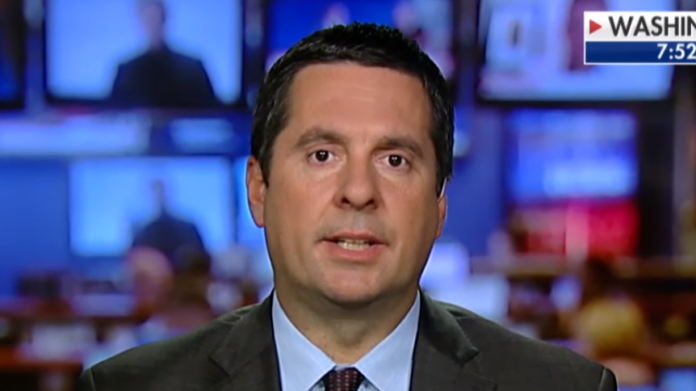 How did the House Intelligence Committee’s investigation of Russian interference in the 2016 election go so wrong? There was a time when the committee was known as one of the most reliable and stable on Capitol Hill, devoid of partisanship and truly dedicated to protecting the national security interests of the United States.

But then Devin Nunes became a shill for the White House and made a mockery of the intel committee’s work.

In a new report from The Atlantic, Natasha Bertrand notes that there was a time when Nunes and his Democratic counterpart, Congressman Adam Schiff (CA), had a close working relationship:

“They used to get on really well before (Nunes’) Midnight Run (to the White House),’ said a current aide, referring to Schiff and Nunes. At least one outlet described their relationship as ‘something of a bromance.’ Now, Nunes tweets regularly about ‘fake news,’ ‘leaks from Congress, and Democrats’ obsession with ‘Russia conspiracy theories.’ In a recent Fox News appearance, he said he has ‘no faith’ in Special Counsel Robert Mueller because he has not investigated the ‘felony’ leaks coming from the intelligence community. It is not clear how Nunes knows what Mueller is or is not investigating.”

As Mueller continued his investigation, tensions on the House Intelligence Committee grew more strained. And that led to leaks from the committee which eventually wound up leading to two separate reports being released, one by Democrats, the other by Republicans, led by Nunes:

“On March 12, Republicans released a one-page preview of their findings and announced that they would hold a business meeting on March 22 to vote on, and formally adopt, their final report. On March 13, Democrats released their own preliminary report setting out investigative leads they said were not followed by Republicans during the investigation. Shortly after the March 22 business meeting, the majority released a seven-page summary of the findings and recommendations that were included in their final report, whose declassification is still under review by the intelligence community.”

All of this could have been avoided had Nunes not felt a need to defend Trump no matter the cost. But his own twisted sense of loyalty, some Congressional staffers say, got in the way of his objectivity:

“He’s got a very complicated psychology. He really believes in loyalty, but if he perceives you’ve crossed him, you’re dead to him.”

And Nunes’ actions could also be the death of his own career in Congress. Recent polls show he could be defeated in the upcoming midterm election. If so, he won’t have anyone to blame but himself, and his own bizarre theory of what constitutes loyalty.