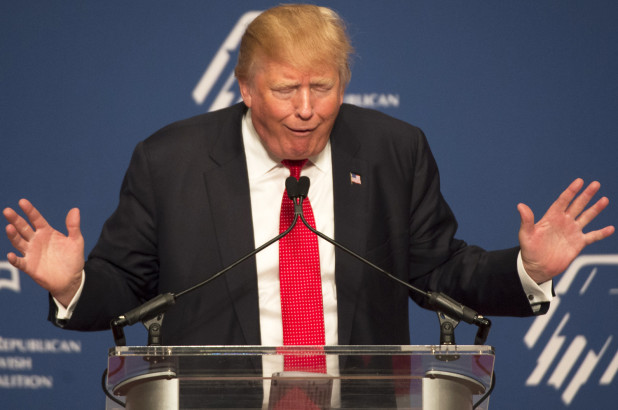 President Donald Trump’s constant use of Mock Spanish is now being held up as examples of racism in college classrooms.

Oregon State University Spanish language Professor Adam Schwartz has always tried to teach his students about Mock Spanish and how damaging it can be. It’s been a difficult effort. But now because of Trump and his frequent reliance on Mock Spanish in his attacks on his political opponents and immigrants, Schwartz has clear examples making it easier for him to discuss the topic.

Ever since the 2016 Election, Trump has pandered to his racist base by using Mock Spanish, such as words like “loco” and “hombre”.

Trump uses the word “loco” to describe women and Democrats as crazy all while adding a tinge of racism. His use of the word “hombre” is even more racist because he calls immigrants from Mexico “bad hombres”.

His racist audience knows he is being racist by using these words, which is why they cheer him on and encourage him to repeat them at every rally and on Twitter.

According to The Atlantic:

Trump’s use of hombres and loco illustrates what the late linguistic anthropologist Jane Hill termed “Mock Spanish,” an anglophone appropriation of Spanish words that, she argued, can serve as “a site for the indexical reproduction of racism in American English.” In her 2008 book, The Everyday Language of White Racism, Hill presented “tough hombre” as an example of “Cowboy Anglo Spanish” that persisted from early frontier usage thanks to reinforcement in Western movies—no doubt how Trump was exposed to the word hombres.

In an op-ed of his own, Schwartz explained that Trump’s use of Mock Spanish makes it easier for him to explain to his students why it’s racist.

“I think Donald Trump just made it a hell of a lot easier for me —and for all of us who teach about language, race, and racism— to talk with students about Mock Spanish and the power of covert racist discourse,” he wrote. “Trump exemplified how Mock Spanish worked, for all its discursive complexity and its seemingly ordinary, daily usage. Hombre itself might not be a racial slur, but when Trump used it…the word itself turned into a symbolic representation of his racism —the scope of that word’s injury, its offensiveness, its oppressive potential— became crystal clear.”

This is not surprising. Conservatives like Trump have been using racist code words for decades such as “thug” or “urban” or “uppity”.

Using “loco” and “hombre” are just more ways conservatives use coded racist language to divide us and stoke hatred and fear. And now future generations of Americans can be taught how to interpret the code and combat it when they see someone use it.