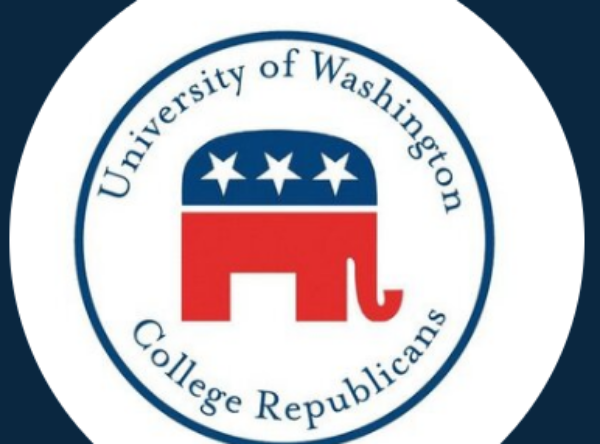 The continued march to absolute fascism has apparently been adopted by the College Republicans, who think the Republican Party somehow still isn’t right-wing enough.

President Donald Trump is already engaged in multiple trade wars, has alienated our allies, attacks NATO and the United Nations and violated human rights at every turn. Kids are in cages at the border and racism and hate crimes are on the rise. Experts have nothing to compare this agenda to except to the Nazis in 1930’s Germany. Most believe the GOP has gone too far. But younger Republicans want an even more extreme agenda.

On Monday, the College Republicans of the University of Washington criticized the GOP for not taking “true” right-wing positions on the issues, accusing Republicans of offering “Liberalism Lite” with a tax cut while claiming the Democrats have a “GloboHomo agenda.”

Republicans are aftraid to take true right wing stands on most issues. Rather than provide a real alternative to the cosmopolitan, GloboHomo agenda of the Democratic Party, they offer Liberalism Lite; basically all of the same stuff but with a tax cut.

In short, the future that younger Republicans see for America is even more extreme right-wing than what we are experiencing today. It’s a frightening prospect that makes it even more important that our country shifts to the left immediately before it’s too late.

We’re talking about full-blown fascism and Nazism here. We’re talking about a society where right-wingers openly murder political opponents and commit genocide against people of color, gays, and those with differing religious beliefs.

In addition, these College Republicans would pass even more tax cuts for the wealthy and destroy every social program that helps the American people, including Social Security and Medicare. It’s even possible this new strain of extremism could lead to war on a global scale as they abuse our military power in an effort to take over the world like Hitler tried to do, which could mean nuclear war.

The future of our country under such control is bleak, to say the least. Our Constitution would no longer be applicable. College Republicans are admitting that they want our country to be even worse. They want a more oppressive and ruthless government that controls our daily lives. They want cops in every bedroom, a gun in every household, and for women to be suppressed and stripped of all rights like in the “Handmaid’s Tale”.

They aren’t just flirting with fascism, they are embracing it. And our democracy would come to an end if they are allowed to take control.