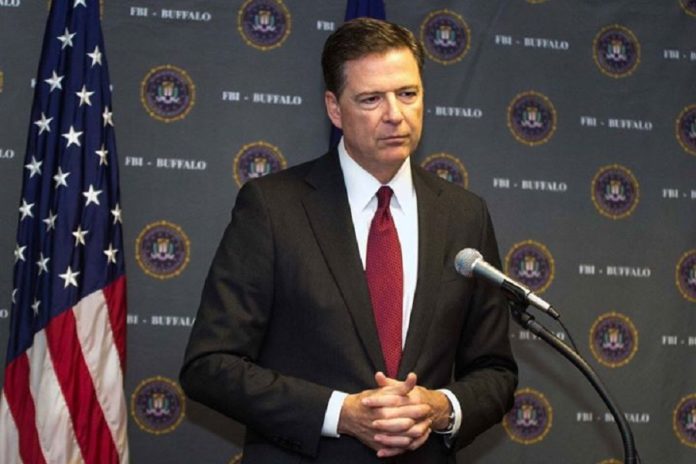 The much-talked-about memos, written by former-FBI director James Comey, have been released in their entirety… Sort of. The process for once-classified material to be unclassified is convoluted at best. Each document must be scrutinized by the eyes in authority. They then determine whether they can release the document as “unclassified” in whole or in part.

In this instance, the actual documents were released, heavily redacted. That means that, while the documents are listed as “unclassified” some of the information contained in them is still considered “classified.”

President Donald Trump didn’t let the release of the memos go unanswered. He was quite prompt on Twitter to again pronounce his innocence:

James Comey Memos just out and show clearly that there was NO COLLUSION and NO OBSTRUCTION. Also, he leaked classified information. WOW! Will the Witch Hunt continue?

While Trump maintains his innocence, there are several new revelations we can glean from the actual memos. The memos, or at least much of their content, was leaked shortly after Comey delivered them to Congress.

So, what did we learn from the parts we can actually see and read? Much ado about nothing? Or is there some substance that might shed some light on what happened during the infancy of the Trump presidency?

From CNN, the memos:

paint a vivid picture of a chief executive flouting long-established norms of conduct, fixated on the ongoing Russia investigation and absolutely desperate to secure loyalty from Comey — and everyone else.

The first thing that jumped out was that Trump mentioned “a stripper” falsely accusing him. This conversation occurred in January 2017, before Trump was inaugurated. Comey’s memo relates:

“He then started talking about all the women who had falsely accused him of grabbing our touching them (with particular mention of a “stripper” who said he grabbed her) and gave me the sense he was defending himself to me.”

This was shortly after Comey had briefed Trump on the confirmation of much of the information contained in the Steele dossier and the potential existence of the rumored “pee-pee tape.” Trump continues to deny that anything happened in Russia involving urination, prostitutes, or anything else that might be compromising.

But, he also denies saying what was very audibly clear on the Access Hollywood tape.

Comey very aptly describes what it is like having a conversation with a man that cannot stay on topic. Constant subject changes, distractions, returning to topics, and general chaos.

Describing the experience of trying to follow a conversation during a one-on-one dinner with Trump, the memos state:

The conversation, which was pleasant at all times, was chaotic, with topics touched, left, then returned to later, making it very difficult to recount in a linear fashion…..It really was conversation-as-jigsaw-puzzle in a way, with pieces picked up, then discarded, then returned to.

This pattern is easily discernible listening to any off-script speech or conversation between Trump and anyone. Interviews are hit or miss. Sometimes he stays on script, but most times not. We’ve all seen this tendency toward chaos and sat there watching or listening to something and uttering, “Huh?”

The memos reveal an intimate look into what it is like to deal with Trump on a person-to-person basis. The descriptions of conversations are as detailed as one would expect from a life-long investigator. From calls for loyalty to the constant stress on his innocence, Trump is portrayed much like the man we see on TV and Twitter. This tends to lend credibility to Comey’s version of events.