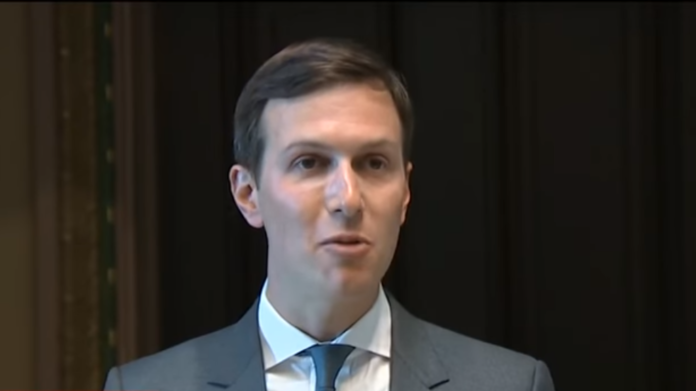 In 2015, less than two years before he was appointed senior counselor to President Trump, companies under the control of Jared Kushner purchased three apartment buildings in New York which contained tenants who were protected by city rent control ordinances.

Less than two years after the purchase of those buildings, Kushner Cos. turned around and sold the three properties, making a 50 percent profit in the transaction.

It now appears, according to the Associated Press, that Kushner Cos. were able to move to quickly by lying on documentation filed with New York City officials:

“The Kushner Cos. routinely filed false paperwork with the city declaring it had zero rent-regulated tenants in dozens of buildings it owned across the city when, in fact, it had hundreds.”

“It’s bare-faced greed. The fact that the company was falsifying all these applications with the government shows a sordid attempt to avert accountability and get a rapid return on its investment.”

The breadth of the incorrect filings with New York City would seem to support Carr’s assertion:

“Housing Rights Initiative found the Kushner Cos. filed at least 80 false applications for construction permits in 34 buildings across New York City from 2013 to 2016, all of them indicating there were no rent-regulated tenants. Instead, tax documents show there were more than 300 rent-regulated units. Nearly all the permit applications were signed by a Kushner employee, including sometimes the chief operating officer.”

Current and former residents of the three properties Kushner Cos. flipped over the two-year period in question say they were subjected to repeated harassment they believe was designed to get them to leave.

Rudolph Romano, who had an apartment in one of the Astoria properties owned by Kushner’s real-estate company, told the AP:

“‘It was noisy, there were complaints, I got mice,’ said mailman Rudolph Romano, adding that he also bristled at a 60 percent rent increase, a hike the Kushner Cos. contends was initiated by the previous landord. ‘They cleaned the place out. I watched the whole building leave.'”

Mary Ann Siwek, recalled that there was often construction in the dead of night:

“All of a sudden, there was drilling, drilling. … You heard the drilling in the middle of night. There were rats coming in from the abandoned building next door. The hallways were always filled with lumber and sawdust and plaster.”

Weeks later, a man showed up at Siwek’s door and offered her $10,000 if she would leave:

“I know it’s pretty horrible, but we can help you get out.”

Siwek refused the money and sued Kushner Cos.

For their part, Kushner Cos. deny they’ve done anything wrong, saying in a statement:

“Kushner would never deny any tenant their due-process rights. [Our company] has renovated thousands of apartments and developments with minimal complaints over the past 30 years.”

What Will Be Done?

There are penalties for filing false documents to the city’s Department of Buildings. Such charges are misdemeanors, but can carry fines of $25,000. But such penalties are almost never enforced. Instead, developers are allowed to file amended documents.

Seth Miller, a real estate lawyer who used to work at a state housing agency overseeing rent regulations, said the city almost never punishes those who violate the rent-control ordinances: