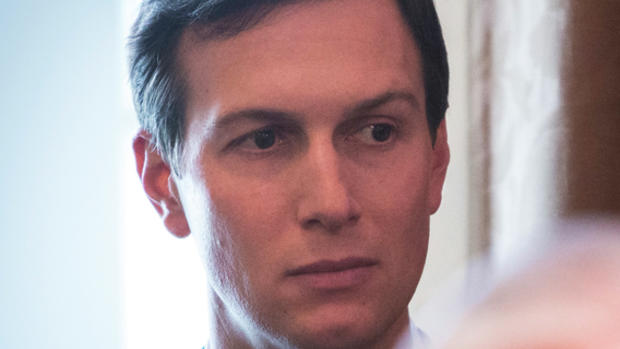 Even though he serves as a top adviser in the Trump administration and swears he’s divested most of the financial interests in his company to members of his family, Kushner Cos. have just applied for $1.5 billion in federal loans to purchase apartments in Maryland and Virginia, Bloomberg reports:

“The company has been in talks with Fannie Mae and Freddie Mac about a loan for a $1.15 billion purchase of apartments in Maryland and Virginia, according to two people familiar with the discussions, who asked not to be named discussing a private transaction.

“Such a deal would increase Kushner Cos.’ exposure to government-backed mortgages at the same time its former chief executive officer is one of the most powerful people in the White House. Jared Kushner divested ownership in many of the company’s assets to close family members when he joined the government. Kushner Cos. had more than $500 million in loans from Fannie and Freddie at that time. Government-backed financing on this latest deal could more than double that figure.”

Peter Mirijanian, a spokesperson for Jared Kushner’s attorney Abbe Lowell, reiterated the company line that Jared is not directly involved in managing his real estate ventures:

“As part of an ethics agreement he has and has followed, Mr. Kushner has had no role in the Kushner Companies or its activities since joining the government over two years ago. He is walled off from any business or investment decisions and has no idea or knowledge of these activities.”

However, Mirijanian offered no proof to support his statement.

Kushner Cos. have another tie to a member of the Trump administration thanks to the person the president appointed to oversee the Federal Housing Finance Agency (FHFA): The chief of the FHFA just so happens to be Joseph Otting, the former CEO of OneWest Bank, founded by now-Treasury Secretary Steven Mnuchin, a close ally of Kushner’s in the West Wing.

The deal, which would be the biggest Kushner Cos. have done in a decade, is massive: 6,030 apartments spread across 16 properties in Maryland and Virginia.