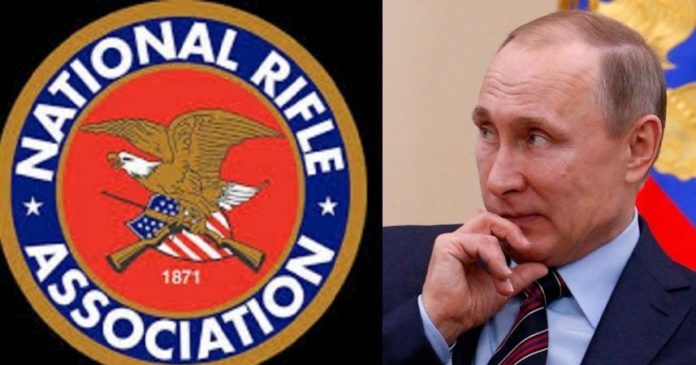 Two Democratic House members are preparing to open an investigation into what they call the “complex web of relationships” between the National Rifle Association (NRA) and Russia.

“In a letter sent to NRA CEO Wayne LaPierre, a copy of which was shared with ABC News, (Lieu and Rice) expressed concern about the NRA’s attempts to distance itself from any formal involvement in a now infamous trip to Moscow undertaken by a group of its high-ranking members.”

Lieu and Rice write in the letter:

“We are disturbed by the lack of transparency the NRA has demonstrated surrounding the December 2015 trip to Moscow. Furthermore, we are concerned that this extends to other allegations that have been made against the organization as it relates to Russia.”

The NRA’s outside counsel, William Brewer, told the New York Times that LaPierre was opposed to the trip and barred staffers from joining a delegation that traveled to Moscow in 2015, but internal NRA emails and photos posted on social media clearly show the gun lobby organization was involved in planning the trip.

Lieu and Rice say they have several questions they want answered by the NRA:

“How much money did the NRA receive from Russia or Russia-linked individuals or entities during the 2016 election cycle? Did the NRA use any of that money in their 2016 election campaign contributions?”

The 2015 Moscow trip has also come under greater scrutiny in recent months with the arrest and guilty plea of alleged Russian agent Maria Butina, who helped plan the visit. Her efforts to infiltrate the NRA on behalf of Russian authorities have been mentioned several times in court filings from U.S. prosecutors.

“The American delegation met with Butina and the man described by U.S. officials as her Russian handler, Alexander Torshin, a wealthy politician who at the time was deputy governor of the Russian Central Bank; Dmitry Rogozin, Russia’s then-deputy prime minister who was sanctioned by the U.S. Treasury in 2014; and Russian Foreign Minister Sergey Lavrov, a powerful member of Russian President Vladimir Putin’s inner circle.”

If it can be proven that the NRA did indeed cooperate with Russia to break U.S. laws, the gun rights organization could be charged with federal crimes and lose its nonprofit status.