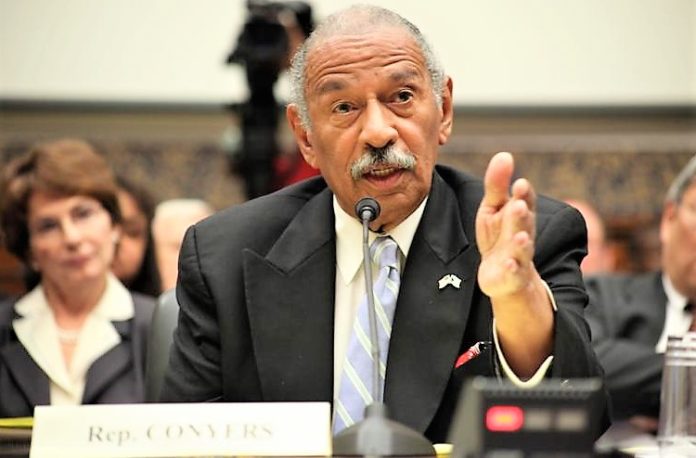 The stories seem endless, and sadly they likely are. Women are now coming forward en masse to share their stories of sexual harassment and abuse at the hands of some of the most powerful men in the country.

The floodgates opened with the countless accounts from victims of Hollywood mogul Harvey Weinstein, but they were not isolated to Hollywood. Women, long afraid to make public their experiences, are coming forward with stories of sexual misconduct at the hands of men in Congress.

Over the past week, women have told their stories about unwanted touching from Senator Al Franken (D-MN) and child sexual assault by GOP Senate candidate Roy Moore.

This week, Buzzfeed shared the story of a woman who provided insight into the inner workings of the Congressional system victims must access in reporting misconduct. She also shared how taxpayers are funding hush money settlements to cover up the allegations.

This woman told her story of harassment by Representative John Conyers (D-MI). Conyers is the longest-serving member of the House of Representatives. Conyers settled a wrongful dismissal claim in 2015. The woman who raised the allegation said she was fired because she refused to “succumb to [his] sexual advances.”

Documents from that complaint show four signed affidavits, three of which were notarized, that all allege harassment by Conyers. The former staff members say Conyers made repeated sexual advances, requested sexual favors, caressed their hands sexually, and made a habit of rubbing their legs and backs in public.

These documents highlight the quiet process by which sexual harassment complaints are handled in the United States Congress. This process left the woman who spoke to Buzzfeed feeling as if she had no recourse but to keep her mouth shut an accept the settlement. “I was basically blackballed. There was nowhere I could go,” she said.

Another sexual harassment complaint against Conyers was settled for $27,111.75. Matthew Peterson worked as a law clerk representing the woman in that suite. He said the process is “disgusting.” He continued saying, “It is a designed cover-up. You feel like they were betrayed by their government just for coming forward. It’s like being abused twice.” In that case, the woman said Conyers repeatedly asked for sexual favors, made her work late and on weekends, required she work from his hotel room and on one occasion told her to “touch it” referring to his penis, or find him someone who would.

As there is no human resources department for the US Congress, congressional employees are given 180 days from the time of the incident to report sexual harassment to the Office of Compliance. That begins a lengthy process that includes counseling and mediation and requires the victim sign a confidentiality agreement to move the complaint forward in the process. Settlements are often paid out of the taxpayer-funded budget of the individual lawmaker.