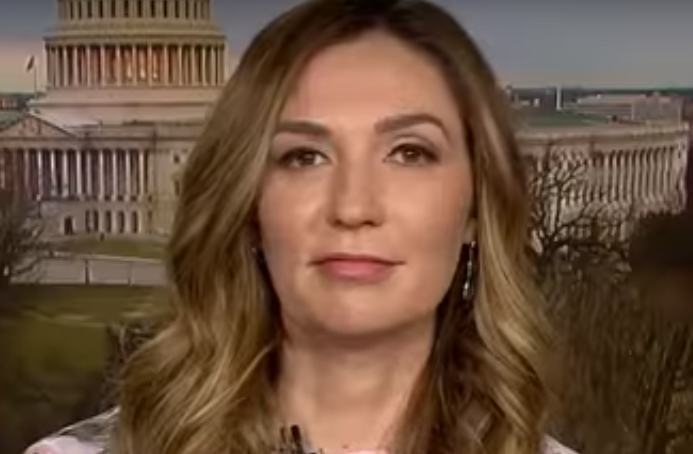 One of President Donald Trump’s top supporters and campaign team members got stomped by conservative author Amanda Carpenter on Monday after he tried to boast about Trump’s fake popularity.

CNN host John Berman began by asking Marc Lotter to comment on Trump’s recent attacks against the late-Senator John McCain (R-Ariz.) but had to repeatedly correct Lotter for making misleading claims about McCain’s role in the Russia investigation.

Trump has been accusing McCain of triggering the investigation by handing the Steele dossier to the FBI, but the fact is that the FBI already had it and McCain did not leak anything to the press.

Carpenter chimed in by pointing out that unlike McCain, Trump never went to the FBI when the Russians tried to influence his campaign. Instead, Trump worked with the Russians.

Lotter responded by once again attacking McCain and excusing Trump’s attacks by claiming he is popular among Republicans, resulting in Carpenter schooling him with facts.

“The president has record-high approval with Republicans,” Lotter bragged. “They’re not going to stay home because they see the results that this president is getting.”

Carpenter fired back by pointing out that women are abandoning Trump in droves, using the 2018 midterm election as proof because Democrats won 40 seats to take back the House.

“It’s a shrinking party,” she said. “Look at the 2018 midterms, particularly with the suburban Republican women who are fleeing the party because Donald Trump is not someone that they can be proud of.”

Indeed, polls consistently show that women are jumping ship as Trump continues to embarrass himself and insult them.

According to ABC News, “Trump dropped to a new low of 27 percent approval among women, down 9 points since November, led by a 13-point drop among college-educated white women.”

That’s not good, especially since Trump continues to rely heavily on his hardcore base, which is also shrinking. The only reason why Trump has 93 percent approval within the Republican Party is because so many Republicans have left the party that Trump’s supporters are the only ones left, and they only represent about 30 percent of the population, not nearly enough to win a presidential contest if a majority of Americans are strongly motivated to vote against him in 2020.