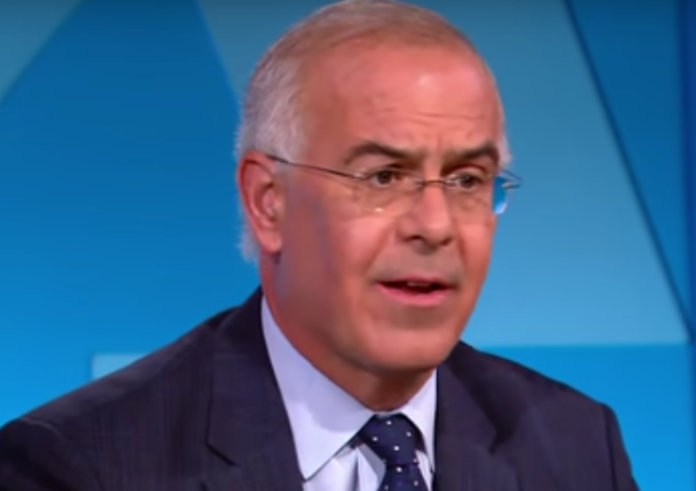 As President Donald Trump apparently marches the United States toward a costly war with Iran, conservative New York Times columnist David Brooks thinks Trump’s war posture is weak because of how he treats our allies.

Trump has already ordered an aircraft carrier group into the region and it considering a plan to send 120,000 American soldiers to the Middle East in what appears to be preparation for an invasion.

The escalating tensions come as Trump continues to demand our allies pull out of the Iran nuclear deal and the Iranians themselves suspend parts of the deal in response to Trump’s economic sanctions.

The problem is that a war with Iran would be even deadlier and more expensive than the war in Iraq, and we would likely not have as much help from our allies this time around as our NATO allies do not want to get mired in a war caused by Trump and his actions.

Iran had already been complying with the nuclear deal struck by the Obama administration when Trump unilaterally chose to withdraw from it without any real reason to do so.

Of course, the United States could go it alone, but Brooks believes the lack of allied support might be enough to convince Trump that a war is a bad idea.

“I’d say the big minus is how he’s treated all our alliances, which makes all those issues harder,” Brooks told PBS when asked about Trump’s foreign policy regarding Iran, Venezuela and North Korea. “But his general posture is one of, sometimes, extreme bellicosity, with no convincing idea he’s actually going to do anything about these things. And so I think we’re not very close to a war in Iran. He’s loathe to do that, he’d be crazy to do that.”

While Brooks agreed that Trump should respond if Iran is threatening Americans, he warned that he can’t respond nearly as well without allies and that pulling out of the nuclear deal also weakened his hand.

Brooks went on to express his concern that Trump may think that Iran is on “the verge of folding” and that upping the ante will do the trick when it could actually cause things to spiral out of control because no experts believe Iran is going to back down.

Brooks may think Trump won’t start a war with Iran because it’s “crazy,” but Trump has proven time and time again that he’s a madman who does crazy unexpected things all the time. Trump’s war posturing is escalating tensions and Bolton and Israeli Prime Minister Benjamin Netanyahu are cheering him on. At this point, war may be inevitable, especially if Trump thinks starting one could help him stay in power.