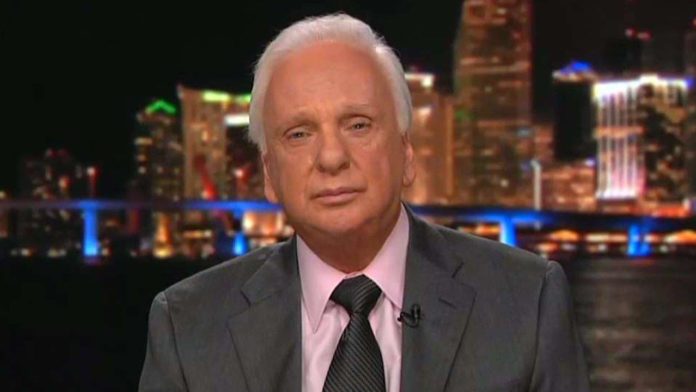 Earlier this week, thanks to some excellent reporting from The New Yorker, we learned how Fox News helped get President Donald Trump elected and continues to defend him no matter what he says or does.

And now a former Fox contributor has revealed that the network stopped booking him them minute he dared to criticize Trump on-air.

On a blog posting this week, Bernard Goldberg wrote:

“Fox will tolerate a liberal criticizing President Trump, I said, but the network didn’t want conservatives taking shots at him. Sometimes I defended the president against what I thought was unfair criticism. But I was also critical of Mr. Trump, of his vindictiveness and his dishonesty.”

Goldberg, a longtime fixture on Bill Hemmer’s mid-morning show, says he stopped getting calls for appearances on Fox soon after he was critical of Trump:

“Without ever telling me why… (Hemmer’s) staff stopped asking me to offer my opinions and analysis on his show.”

The bottom line for his removal from the network, Goldberg noted, was ratings. Fox couldn’t take the risk that he might offend viewers who might go elsewhere:

“Producers and anchors don’t need angry viewers. In cable TV news – at Fox, at CNN and at MSNBC – the business model is easy to understand: Give the audience what it wants to hear. Validate the biases of the viewers. Keep them coming back for more. In that world, I was a problem.”

Goldberg’s treatment is emblematic of an overall culture of complicity between the network and Trump administration:

“As the President has been beset by scandals, congressional hearings, and even talk of impeachment, Fox has been both his shield and his sword. The White House and Fox interact so seamlessly that it can be hard to determine, during a particular news cycle, which one is following the other’s lead. All day long, Trump retweets claims made on the network; his press secretary, Sarah Sanders, has largely stopped holding press conferences, but she has made some thirty appearances on such shows as ‘Fox & Friends’ and ‘Hannity.'”

Fox is state TV, with the single-minded goal of supporting Donald Trump no matter what. As Bernard Goldberg found out, dissent cannot be tolerated in the echo chamber created by Rupert Murdoch that feeds and amplifies the ego, greed, and anger of Donald Trump.