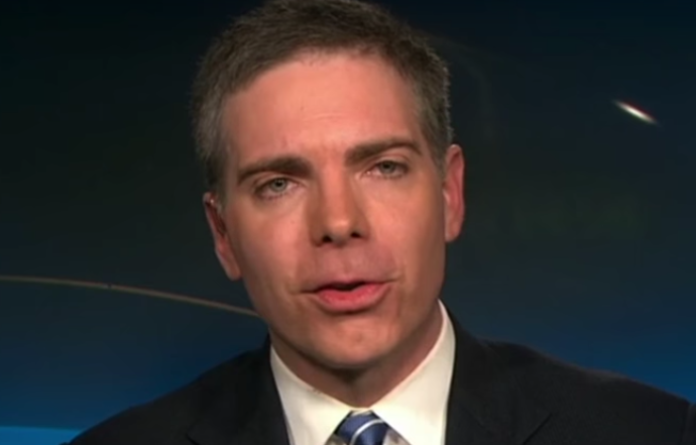 House Speaker Nancy Pelosi (D-Calif.) not only cause Democrats to cheer after she stood up to President Donald Trump over the State of the Union address on Wednesdaym she also impressed conservatives who still believe in America’s institutions and our system of checks and balances.

Conservative columnist Matt Lewis, for instance, enjoyed watching Pelosi dramatically put Trump in his place by canceling the SOTU in a letter responding to his bullying attempt to give the speech in the House over her objections.

“For a minute there, it looked like Donald Trump was going to bigfoot his way back into the State of the Union,” he began in a column for The Daily Beast.

But then Trump unexpectedly conceded defeat on Thursday morning in a tweet that makes it look like Pelosi forced Trump to act like an adult for once in his infantile presidency.

“Trump operates within a very primal worldview,” Lewis continued. “Had Pelosi allowed him to establish dominance—even over what some might consider a trivial matter—it would have demonstrated weakness (on her part) and ultimately invited future provocations.”

Indeed, and that’s why Pelosi and House Democrats intend to hold their ground until Trump agrees to end the government shutdown before negotiations on border security can truly begin. Because shutting the government down should not be used as a tactic in negotiating policies. And if Trump gets his way, he’ll keep doing it every time he wants something else.

The shutdown has dragged on for 34 days now, and with no end in sight, it’s starting to take a toll on the economy and threaten national security as 800,000 federal workers continue to go without pay.

But Lewis particularly lauded Pelosi’s decision to stand her ground because she also defended the legislative branch as a co-equal branch of government and our institutions.

“For those who care about institutions, Pelosi’s stance was a welcome development—a rare example of Congress (or Pelosi, at least) exerting its authority as a co-equal branch of government,” he wrote. “This is not the first time Congress has defied this president, but it is the most public rebuke thus far.”

When Republicans controlled Congress for the last two years, they refused to even rebuke Trump’s worst behavior and certainly refused to publicly challenge him, allowing Trump to be a dictator while Congress took a backseat. That is, until Democrats won 40 House seats in a landslide victory on Election Day in November.

“It’s no surprise that this moment comes on the heels of Democrats taking control of the lower chamber,” Lewis concluded. “Pelosi is a rare politician who possesses the moxie to go toe-to-toe with a bully.”

Heretofore, Congress has either acquiesced to the president or quietly worked to undermine him. In other words, while Republicans were in charge, they either gave him a public win, or they let things quietly go away (with the exception of health-care reform, when John McCain stuck it to him). What this means is that we almost never get the climactic moment where he is publicly rebuked. With Pelosi now ensconced in the role as leader of the loyal opposition, the American public (including Trump’s base) may finally see evidence that the executive branch is not omnipotent.

And with recent polls showing that now 60 percent of Americans blame Trump for the shutdown, it appears that Pelosi is poised to keep standing up to him until he concedes defeat again, which would make it clear to Trump and Senate Republicans these next two years are a whole new ballgame. No longer will Congress stand by and let Trump do what he wants with impunity. Congress will do its job by providing oversight and being the check on the executive branch Americans sorely need at this moment.