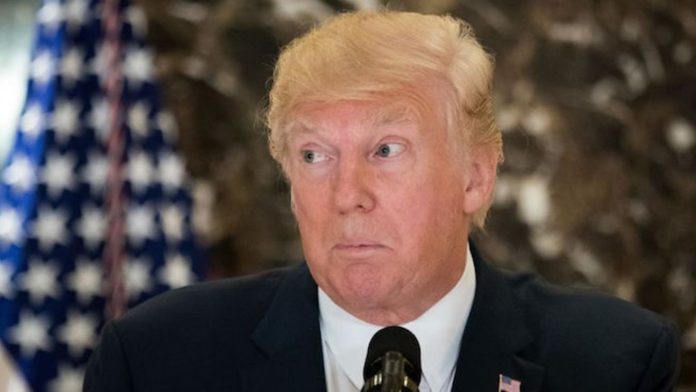 A conservative columnist is urging Congressional Democrats to immediately proceed with impeachment proceedings against President Donald Trump and force Republicans to try and defend Trump’s many illegal and immoral actions since taking office.

Writing in the Washington Post, Jennifer Rubin argues that even if Trump isn’t convicted and removed from office, at least his crimes would be exposed and weaken him as he seeks re-election in 2020:

“Much has been written about the Democrats’ dilemma once the report’s contents are known. Will their base demand impeachment hearings? What’s the point of impeaching if the Senate won’t act? Do the Republicans plan on running in 2020 under the banner: Leave the Russian patsy in power — or What’s a little obstruction between friends?”

Rubin adds that forcing Trump’s defends to try and explain what exactly their definition of “high crimes and misdemeanors” is would make it clear to voters exactly the kind of person currently in the White House:

“they will have to defend not simply Trump’s criminal innocence but also his fitness to serve after committing all of the above. They’ll have to explain why none of that rises to the level of ‘high Crimes and Misdemeanors,’ and why the country should allow him to continue as the chief executive charged with enforcement of the nation’s laws and the Constitution.”

What defense would there be if Trump is charged with financial crimes by the Southern District of New York? Rubin asks:

“Are Republicans going to back a president who’s found responsible for any or all or those, or, if the investigation is not complete, back a president who, in his second term, could be found to have committed multiple financial crimes? What’s the defense? Hey, everyone pays off mistresses and files false campaign finance statements!”

For her part, Rubin concludes that there can be no doubt Trump is a threat and must be removed from office:

“He’s a menace to the presidency and to the rule of law and patently unfit to hold presidential powers. The Fox News hosts and their zombie audience will deny this, but what about ‘respectable” Republicans who like the tax cuts and judges but find most everything else objectionable? I suppose they could descend further into intellectual hackery and support reelection, but you’d think they’d at least consider looking for a nominee without an ocean liner full of baggage.”

Is there a risk for Democrats if they try to impeach Trump and fail? Yes. But is there a much larger risk to the health of this republic if they don’t? It certainly appears so.