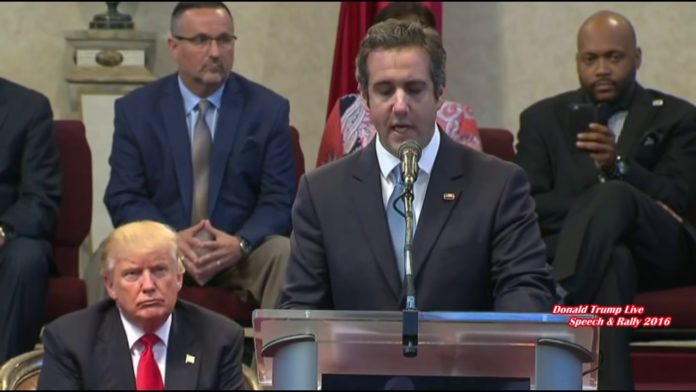 This week, Donald Trump’s personal attorney, Michael Cohen, moved front and center into the media spotlight when his office and residences were searched by the FBI for possible evidence of criminal actions by him and the president.

Not much is known about Cohen, who seems to have almost no clients other than Trump, which have led some to call him a one-client lawyer, much like a mafia consigliere who advises a crime boss exclusively.

But one thing seems perfectly clear about Cohen: He’s involved in some very questionable deals such as paying off women who allege they’ve had affairs with Donald Trump. And that reputation was the topic of discussion on CNN Saturday morning.

“Let’s face it, there might be some good reason that Michael Cohen was recording his conversations. And that’s because he’s doing a lot of unsavory business with some unsavory people.”

Then Torrance went after Cohen’s credentials as an attorney, commenting:

“I have to say, Donald Trump talks about how he hires the best people. Well Michael Cohen is not your typical high-powered lawyer. This guy did not graduate from Harvard or Yale — he graduated from Western Michigan Cooley University Law School which, apparently, a couple of years ago, had the worst entering class that legal academia had ever seen.”

But Torrance was far from finished lambasting Cohen, making it clear he and Trump should be very worried about the fact that the FBI now has Cohen on their radar screen:

“This guy deals with a lot of sectors not known for transparency and not known for great dealings. We’re talking taxi cab medallions and things like that. The fact that he’s recording his calls might mean he’s dealing with a lot of unsavory people. When you think about it, these recordings could be very big because the things that the search warrant said they’re investigating is wire fraud, bank fraud, possible campaign finance violations.”

Reportedly, Trump is more worried about the Cohen investigation than he is the one being conducted by Special Counsel Robert Mueller. Considering Cohen’s past actions and dealings, it sounds like he damn well should be.