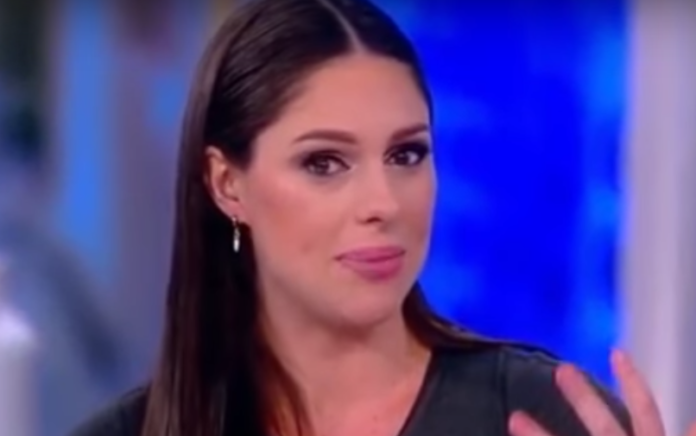 The show began with the hosts playing video of some of the hearing featuring Cohen slapping down Republicans for not asking him any questions about Trump’s misconduct.

Indeed, Republicans spent their time during the hearing trying to protect Trump by attacking Cohen instead of asking questions about his misconduct and crimes.

The hosts then turned to Sunny Hostin because of her legal expertise as a former federal prosecutor, and she proceeded to explain that what she thought most damaging to Trump is his campaign finance felonies, which Cohen provided evidence to Congress to bolster his testimony. She then went on to warn that the Southern District of New York is the best at prosecuting financial crimes and said that if the state starts probing the crimes Trump and his family members are in deep trouble because the president cannot pardon state crimes.

Abby Huntsman then chimed in by praising Rep. Cummings for what he said at the end of the hearing on Wednesday when he passionately defended democracy.

“It sounds to me like you want to make sure that our democracy stays intact,” he directly told Cohen. “The one meeting I had with President Trump, I said to him ‘the greatest gift that you and I, Mr. President, can give to our children, is making sure we give them a democracy that is intact. A … democracy better than the one we came upon. And I’m hoping that the things you said today will help us again to get back there.”

Huntsman said she couldn’t have said it any better and said she felt sad for the country as she watched the hearing unfold.

Behar observed that Trump has spent the last two years “demoralizing this country” and that the hearing yesterday was his “comeuppance.”

Meghan McCain’s take on the hearing focused on Ocasio-Cortez, who used her time to ask Cohen to name names and provide receipts or the whereabouts of receipts to bust Trump for tax evasion and insurance fraud as well as justify Congress’ effort to subpoena Trump’s tax records.

McCain showed Ocasio-Cortez’s brilliant questioning and praised her for not grandstanding.

Here’s the video of Huntsman’s praise followed by McCain’s below:

Of course, McCain couldn’t let things rest on praising a Democrat, so after she was done, she started a shouting match about abortion with the more liberal Joy Behar. Surely, her GOP followers needed that fix and she wasn’t about to disappoint them or leave them thinking she was some sort of “progressive.”