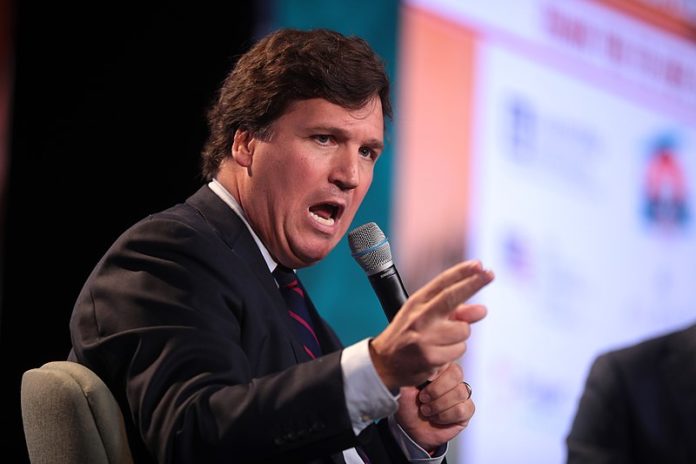 Fox News still has not punished host Tucker Carlson for defending his past remarks in support of statutory rape, drawing condemnation from conservative writer Max Boot.

During a radio interview several years ago, Carlson made insulting comments about women and defended child rape.

In response to the outrage, he appeared on his Fox News show and refused to apologize. Instead, he doubled down as advertisers begin to flee his program.

Boot, who has urged Republicans to vote for Democrats in order to oust President Donald Trump, penned a Washington Post op-ed this week to shame the network for not firing Carlson and added insult to injury by pointing out that even alt-right publication Breitbart has higher standards for their own employees.

“After the far-right provocateur Milo Yiannopoulos defended pedophilia (specifically, sexual relationships between adult men and 13-year-old boys whose organs are ‘mature’), he was forced to resign as a Breitbart editor,” Boot observed. “Tucker Carlson, by contrast, has not even been publicly reprimanded by his superiors at Fox News after the liberal watchdog group Media Matters for America unearthed his vocal support for a child rapist — among many other sick statements he made between 2006 and 2011 during conversations with a radio shock jock who calls himself ‘Bubba the Love Sponge.’”

“Carlson’s defenders point out that his conversations with Bubba the Love Sponge occurred years ago and not on Fox News,” Boot continued. “But he defended statutory rape — female teachers having sex with underage boys — as recently as a 2015 podcast. And on his Fox News show, Carlson regularly rages against immigration and diversity. In December, he said that immigration ‘makes our own country poorer and dirtier.’ White supremacists have become avid fans of Carlson; the white supremacist website Daily Stormer called him ‘literally our greatest ally.’”

Indeed, Carlson really did say that about immigrants, a statement that touched off a firestorm of criticism across the country. Yet, Fox News let Carlson keep his job.

But Boot argued that it’s time for Fox News to finally fire Carlson because while he has “a right to say whatever he wants — he doesn’t have a right to say it on the most-watched cable channel in the country. He needs to go. Now.”