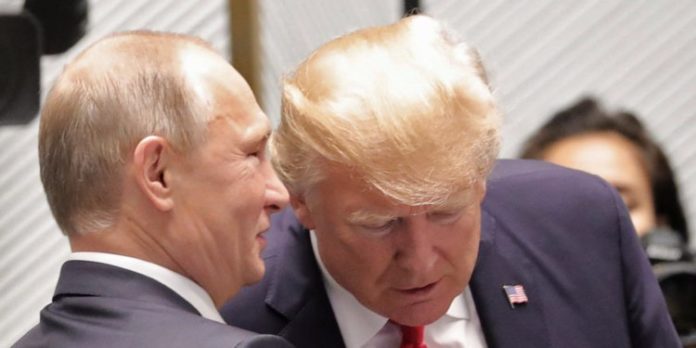 Recent revelations suggesting that the FBI suspected President Donald Trump of being an agent working for Russia and opened a counterintelligence investigation in response have put the Russia investigation back on the front page.

Trump has repeatedly denied he has any connections to Russia, telling reporters on the South Lawn of the White House Monday morning that the accusation is a “disgrace”:

“I never worked for Russia. And you know that answer better than anybody. It is a disgrace you asked that question. It is a whole big fat hoax. It is just a hoax.

“The whole thing is a hoax. It is a big hoax and it is very bad for our country. What happened with the FBI, I have done a great service for our country when I fired James Comey, because he was a bad cop and he was a dirty cop. He lied. He really lied.”

But conservative writer Max Boot says today in the Washington Post that he thinks it’s very possible Trump is indeed working on behalf of the Kremlin, laying out 18 reasons he believes prove his case. Here’s a few of the more interesting bits of evidence Boot cites:

The only exculpatory evidence Boot is able to offer in defense of Trump is, to put it mildly, flimsy, but it’s also worth taking a look at:

Considering the evidence, can there really be any doubt that Donald Trump is in league with Russia?