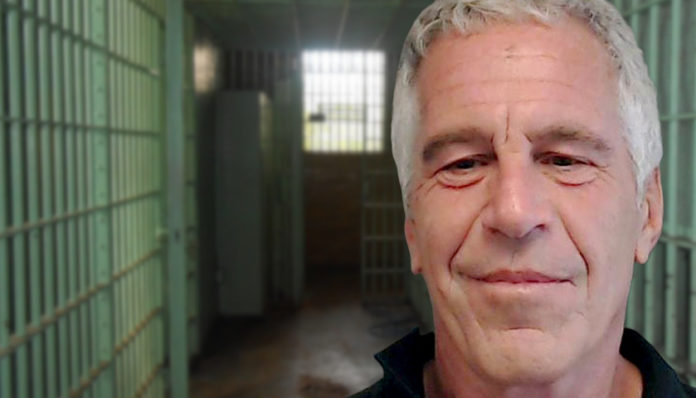 Even though he was in protective custody and on suicide watch at a maximum security pretrial detention center in Manhattan (which is under the control of the Federal Bureau of Prisons), accused sex trafficker Jeffrey Epstein was found dead of an alleged suicide Saturday morning.

So what happened? It’s far too early to tell, but Epstein reportedly had dirt on all kinds of rich and powerful people, including President Donald Trump.

Within minutes of the announcement that Epstein was officially dead, Twitter lit up with conspiracy theories, and even Rep. Alexandria Ocasio-Cortez (D-NY) sounded like she wanted answers ASAP:

We need answers. Lots of them.https://t.co/4DMckiZnVB

Here’s some other takes on Epstein’s suicide:

#JeffreyEpstein
I don’t dabble much in conspiracy theories, but…
a guy, who the most powerful people in the world want dead, shouldn’t be able to commit suicide after an alleged attempted suicide already, while on suicide watch, while everyone says he’s going to be suicided. https://t.co/B4mk4mQxfr

I have faith that AG Barr’s Justice Department will call for a thorough investigation of Epstein’s suicide and that justice will ultimately be served oh who am I kidding.

Important to remember… Epstein’s universe was NOT partisan. It ranges across the some most powerful people in the world – royals, corporate leaders, politicians, wall street giants, scientists, academics & socialites.

Do you know anything about Jeffrey Epstein death, Bill Barr? #EpsteinSuicide pic.twitter.com/WDozIkqolf

I’m not one to believe in conspiracy theories really, but the fact that Jeffrey Epstein has committed suicide whilst under suicide watch, looks suspicious as hell to me #jeffreyepstien

Even the time of day in this story is shocking. The first check-in on a prisoner who had already attempted suicide once was not until 7:30 a.m.?https://t.co/wwNOE3Lyoo

#jeffreyepstien hanged himself. Hanging takes time, he was surely a high risk suicide and thus under constant supervision, and numerous very powerful people were about to be named. Let the conspiracy theories begin. And this time I’ll be listening!

It’s not lost on me that #jeffreyepstien committed
” Suicide ” the day after a story ran that some of the most powerful men in the world had sex with an underage child supplied by #jeffreyepstien.

It remains to be seen if Attorney General William Barr will order a full investigation into the matter, and considering how Barr has been so eager to protect Trump, it probably won’t matter either way.